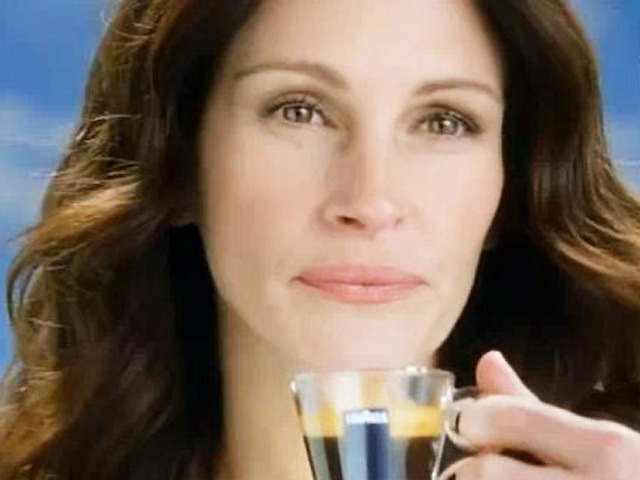 NEW YORK (CBS) Julia Roberts was reportedly paid a hefty penny to appear - and not speak - in a coffee commercial.

According to the U.K.'s Daily Mail, the actress was given about $1.5 million to star in a 45-second TV spot for Italian coffee company Lavazza.

[Watch the commercial below]

In the ad, Roberts, 43, appears as Botticelli's Venus alongside two Italian stars, Paolo Bonolis and Luca Laurenti, who try to persuade her to smile by offering a cup of Lavazza's A Modo Mio coffee.

After taking a sip, she offers her trademark toothy smile and a laugh. The advertisement ends with her winking at the camera.

Roberts, who is also the current spokeswoman for French cosmetic giant Lancome, filmed the TV spot in Rome two weeks ago, the Daily Mail reported.