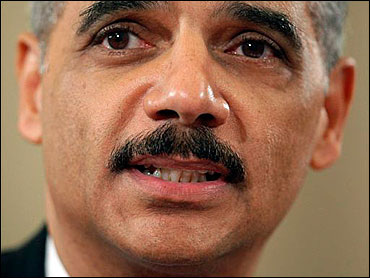 Two Republicans voted against Holder in the committee today – Sen. John Cornyn of Texas and Tom Coburn of Oklahoma. Sen. Arlen Specter of Pennsylvania, the ranking Republican on the panel, announced yesterday he would vote in favor of Holder.

Holder, a former No. 2 official at the Justice Department during the Clinton administration, has come under fire from some for his role in Bill Clinton's end-of-term pardons and whether intelligence agents who participated in harsh interrogations might be prosecuted.

The nomination now goes forward to the full Senate floor for a vote. It now appears likely he will be confirmed, but the timing of that vote is not yet known.