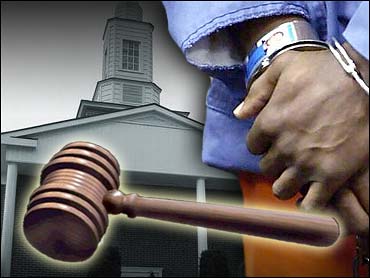 A judge has been offering some drug and alcohol offenders the option of attending worship services instead of going to jail or rehab -- a practice some say violates the separation of church and state.

District Judge Michael Caperton, 50, a devout Christian, said his goal is to "help people and their families."

"I don't think there's a church-state issue, because it's not mandatory and I say worship services instead of church," he said.

Alternative sentencing is popular across the country--ordering vandals to repaint a graffiti-covered wall, for example. But legal experts said they didn't know of any other judges who give the option of attending church.

Caperton has offered the option about 50 times to repeat drug and alcohol offenders. It is unclear what effect the sentence has had.

"The judge is saying that those willing to go to worship services can avoid jail in the same way that those who decline to go cannot," Friedman said. "That strays from government neutrality towards religion."