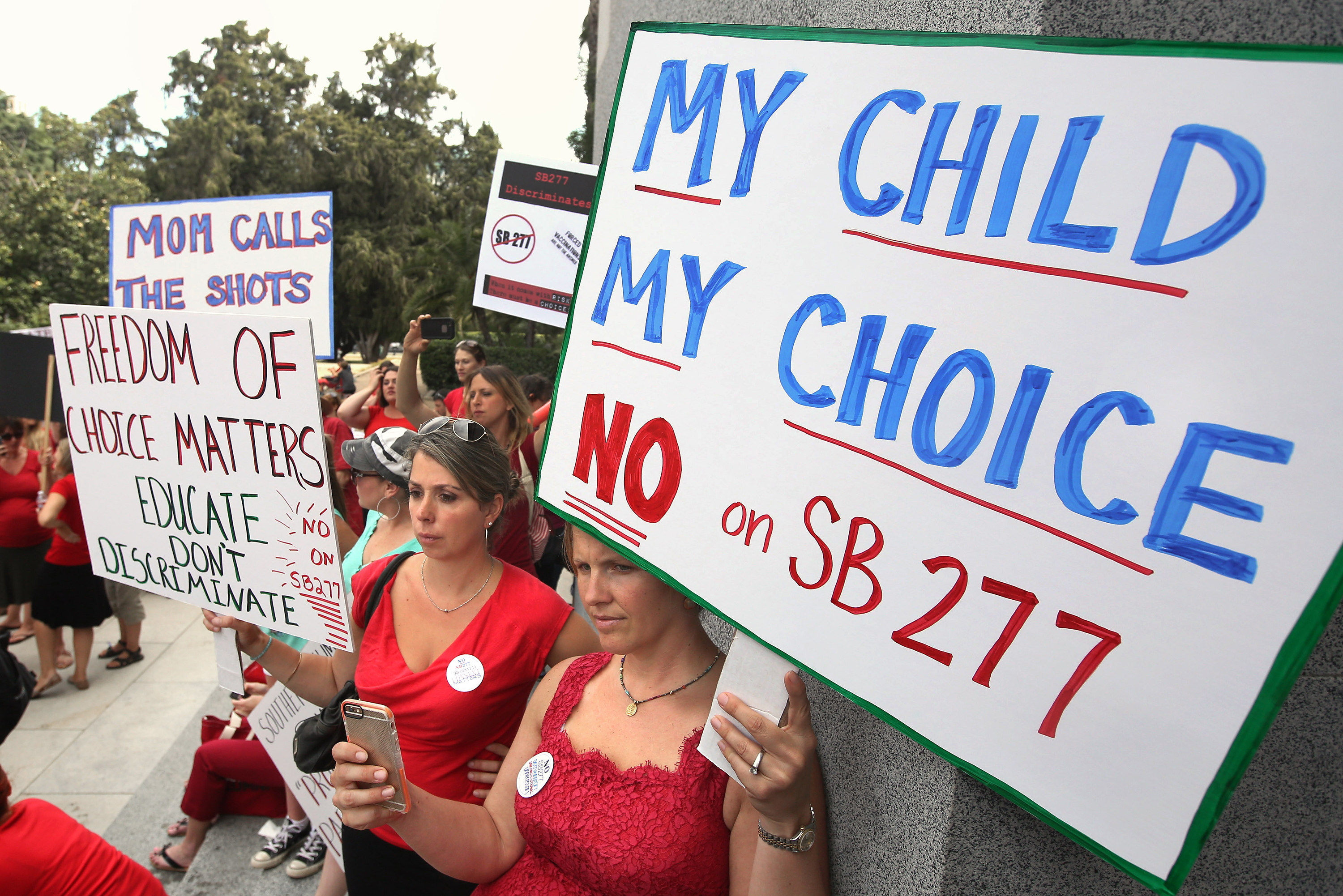 SAN DIEGO - A federal judge won’t immediately block a California law that requires all schoolchildren to be vaccinated and is one of the strictest in the nation for eliminating exemptions based on religious and personal beliefs.

The ruling Friday by U.S. District Judge Dana Sabraw in San Diego comes as the law faces its first test with the end of summer break.

A lawsuit filed by 17 families and two foundations sought an injunction while the lawsuit works its way through the courts. The law went into effect July 1 and eliminated religious and personal beliefs as reasons for opting out of the state’s mandatory immunizations.

It requires all children be vaccinated before attending private or public schools or day care facilities unless doctors determine medical reasons for not doing so.

Sabraw wrote in his ruling that “case law makes clear that States may impose mandatory vaccination requirements without providing for religious or conscientious objections.”

He also noted it was not the court’s place to decide on the “wisdom” of the Legislature.

Attorney Jim Turner, representing the plaintiffs, said their children will not be allowed to attend school while the suit proceeds.

“The lawsuit could carry on for a period time, probably a year or two, with the motions and counter motion and activity,” he said.

Turner said his team was still analyzing the ruling and declined to comment further.

Parents have argued the law violated a child’s constitutional right to an education. Those who sued pointed out that 47 states allow either a religious or personal belief exemption from school vaccination mandates.