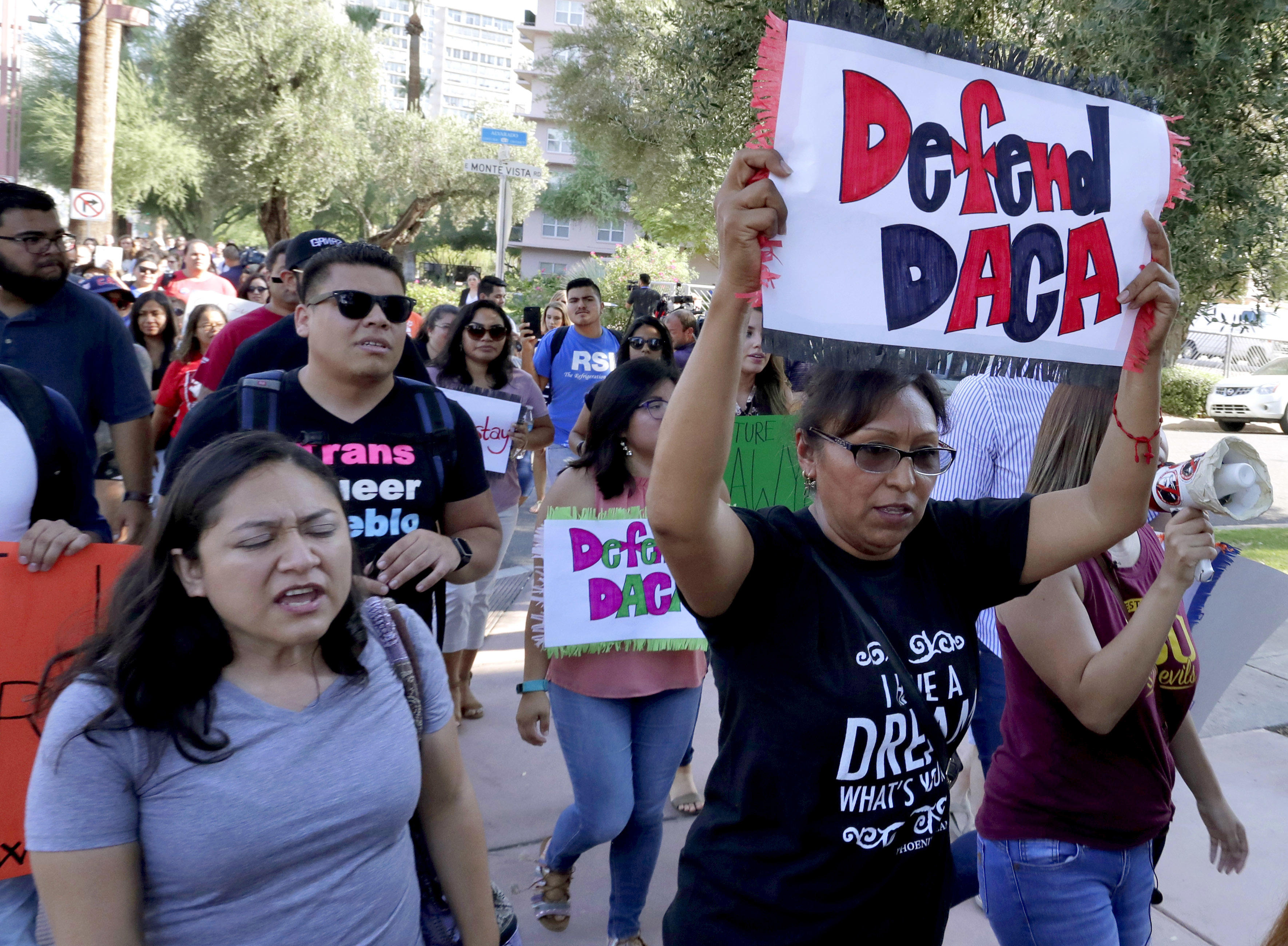 Opponents of a President Barack Obama-era program shielding young immigrants from deportation will go before a federal judge who they hope will rule that the program cannot continue.

Three federal judges have ruled against President Donald Trump's administration's efforts to end Deferred Action for Childhood Arrivals. But a new lawsuit was filed in Texas before Judge Andrew Hanen, the same judge who ended another Obama effort to expand protections for immigrants in the U.S. illegally. Hanen previously granted a preliminary injunction in 2015 at the request of 26 states that opposed Obama's action, temporarily blocking the Obama administration from implementing the policies that allowed as many as 5 million people in the U.S. illegally to remain.

Hanen will hear arguments on the case Wednesday.

If he rules DACA is invalid, it would conflict with the other rulings in favor of the program. Legal experts say that conflict would draw the attention of higher courts or the U.S. Supreme Court, which might side with Hanen.