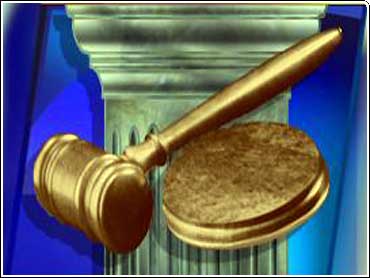 In that spirit, Pennsylvania district judge Douglas Gummo is having his cases transferred to other Huntingdon County magistrates, after his honor allegedly tried to enter a female judge's hotel room wearing only a bedsheet.

See me in chambers?

Police say Gummo, an Alexandria district judge, tried to enter the other judge's room three times in 40 minutes before he was taken into custody early Friday.

For this purportedly unwanted advance, Gummo was charged with public drunkenness and harassment, reports WJAC-TV.

Investigators say Gummo had met the other judge at a conference being held at a hotel near Harrisburg.