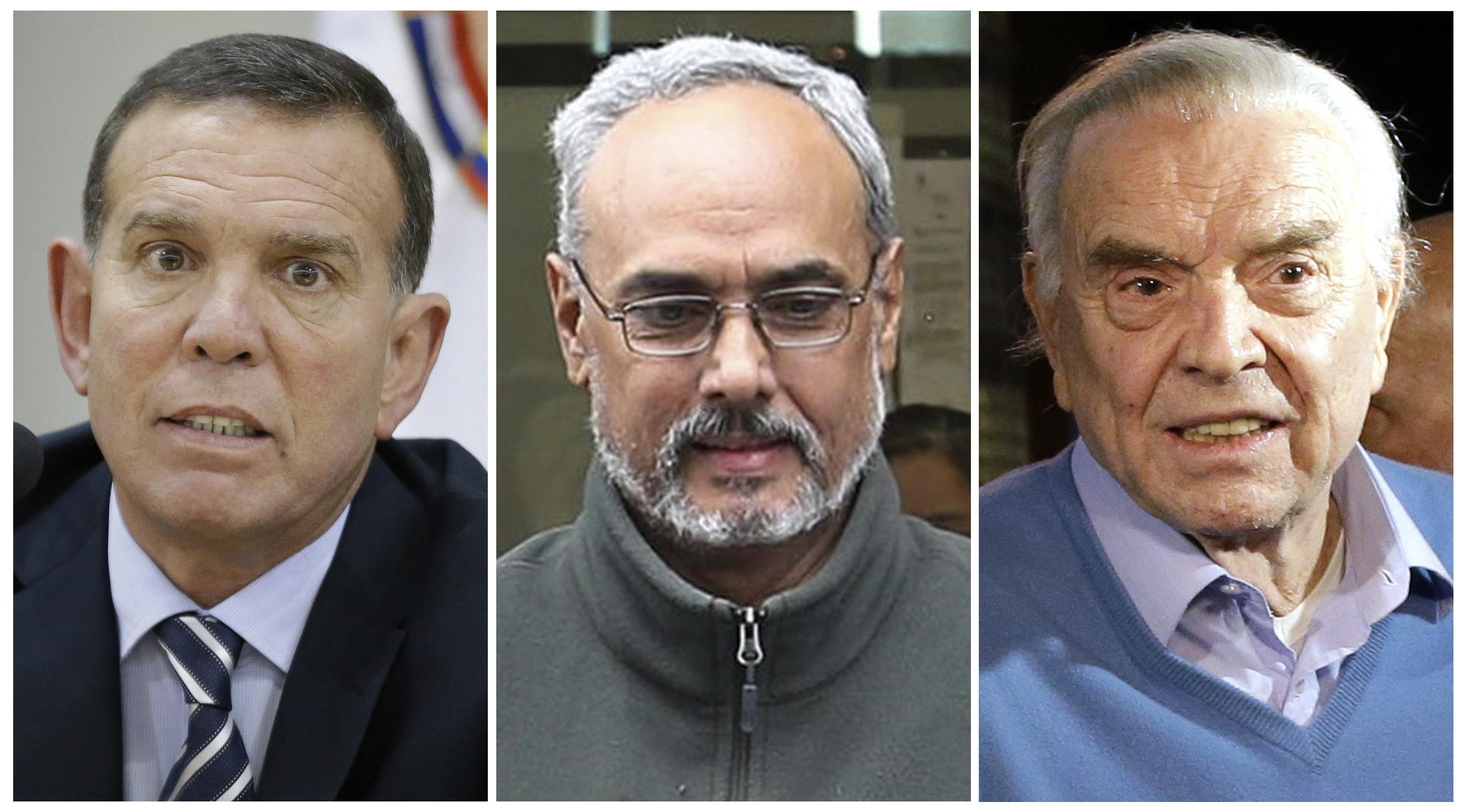 NEW YORK -- A New York judge has been reviewing prosecutors' claims that a former South American soccer official motioned across his neck in a slashing motion as its star witnesses testified at his bribery trial.

Prosecutors said the defendant, Manuel Burga, made the threatening gesture Wednesday while staring at a former sports marketing executive.

The defense says Burga was merely scratching his throat.

Burga, Jose Maria Marin and Juan Angel Napout have pleaded not guilty to charges they took part in a 24-year scheme involving at least $150 million in bribes that secured tournament broadcasting and hosting rights in the sprawling FIFA scandal. More than 40 other people have pleaded guilty to participating in the scheme.

"The allegations are that it was all about selection – choosing where events would be held, choosing who got the rights to broadcast," attorney John Buretta told "60 Minutes" in February 2016. "It was those key choices which were very lucrative to the recipients that created the power here."