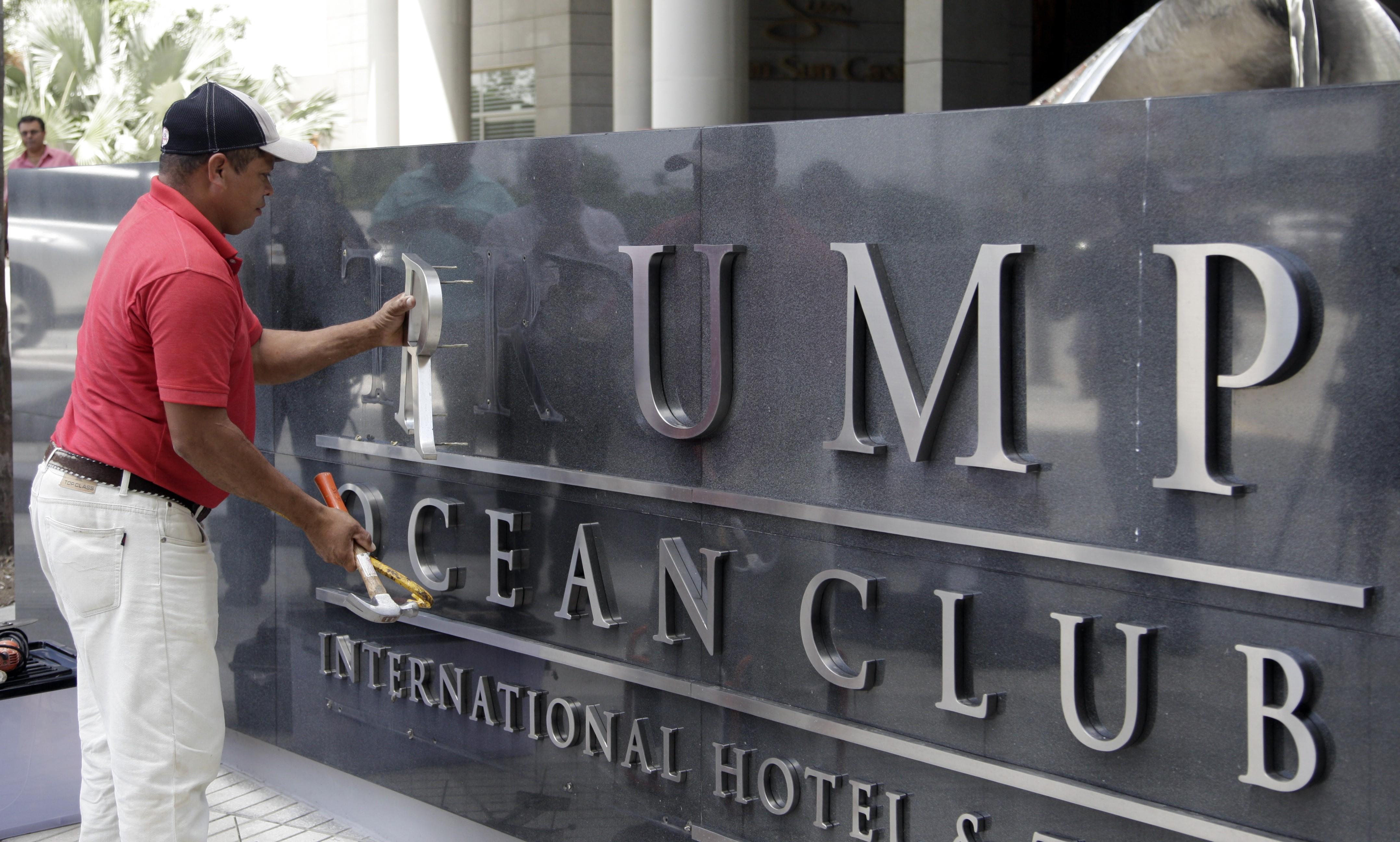 PANAMA CITY — Escorted by police officers and a Panamanian judicial official, the owners of the Trump Panama City hotel have taken control of the property. A team of Trump Organization security officials abandoned the area on Monday.

The action by Panama's government resolves a 12-day standoff between President Donald Trump's family hotel business and Orestes Fintiklis, a private equity investor who boutgh a majority of the units in the Panama property and then sought to drop the Trump Organization's management company and brand. Though Fintiklis and other owners tried to fire Mr. Trump's company last year, the Trump Organization had refused to surrender physical possession of the hotel.

Speaking from the hotel's administrative offices Monday, Fintiklis called the fight a commercial matter that had spun out of control and praised Panamanian authorities. Reporters in the hotel tweeted that Fintiklis played a Greek song on the piano in the hotel lobby to celebrate the apparent ouster of the Trump Organization's management staff. The Washington Post said it was an anti-fascist anthem.

A representative of the Trump Organization did not immediately respond to a request for comment.

At the luxury property, which is still considered one of Panama City's best hotels, water runs intermittently and on Friday, the hotel had a four-hour power outage.

There's also the occasional police presence -- the hotel remains open for business against a backdrop of service interruptions, bad press and a fight over the Trump Organization's management contract that ended in fisticuffs and repeated police calls last week.

"This isn't what you expect from a luxury hotel," one guest was heard fuming when told Thursday that access to running water would not be restored for hours.

The hotel's lobby is notable mostly for its shortage of guests, compensated for by a generous allotment of reporters and security staff that had been watching for renewed confrontations after investor Orestes Fintiklis tried to wrest the administrative office back from the Trump Organization last week.

Armed with termination notices for the hotel's management, he met stiff resistance from Trump lawyers and security — the first skirmish in a battle for physical control of the hotel property.

Unlike the Trump International Hotel in Washington or the Mar-a-Lago resort in Florida, which draw guests hoping to bask in Donald Trump-style affluence, guests who spoke to The Associated Press seemed less enamored of the Panama City property's fondness for aggressive branding.

"I could really do without the Trump Mojito. There are like four or five Trump drinks on the menu," said Leanne Horning, a tourist from Chicago staying at the hotel because she got a good deal online.

Horning is "adamantly not" a supporter of the U.S. president and said it irked her that instead of ordering standard cocktails, guests had to choose from among the Tropical Trump, Trump Breeze and Trump Rose.

While Trump Meritage and Trump Chardonnay also were available, what was lacking a good chunk of this past week was Trump water, at least when guests turned on the hotel's faucets.

According to municipal authorities, Trump receptionists, housekeepers and a maintenance man, city workers spent much of last Tuesday and Wednesday repairing a damaged water main at the hotel. Though water was restored late Wednesday, the Trump Organization seized the opportunity to perform some additional maintenance, extending the cutoff into late Thursday.

Fintiklis, who manages the Miami-based private equity fund Ithaca Capital, has alleged financial misconduct by Trump Hotels dating back years and has said Donald Trump's statements on immigration have destroyed his brand in Latin America.

The dispute left hotel employees not knowing from one day to the next who they should take orders from or whether they will have jobs when the dust settles.

"Many of us came to work at the hotel precisely because of the Trump brand — it meant quality" said one bellhop, who did not want his name used for fear of reprisals. "Now, we don't know. We just want to work."

Anibal Herrera, a lawyer for Fintiklis, said that while 10 Trump management employees had been fired — though they refused to leave the property or attend labor hearings — none of the 230 other employees has anything to fear.

Representatives at Trump Hotels dispute the validity of the firings.

Herrera did say that Fintiklis had control of the hotel's finances and would stop paying bills incurred by the Trump management team. Under a decade-old agreement with the property's original developer, Trump Hotels was supposed to manage the property until at least 2031.

As part of a deal to sell 202 of the hotel's 369 condo units last year, the Trump team attempted to extract an ironclad concession from the buyer, Fintiklis, not to challenge that management contract. Fintiklis did challenge the contract, however, Whether the Trump business got a legally binding commitment is a matter of contention.

Trump Hotels had said it would not give in to "mob style tactics" intended to remove it from the property until courts or arbitrators have settled the contractual matter.

According to emails sent by Fintiklis to fellow owners of the hotel condo units, his units alone are running a six-figure monthly deficit.

"Our investment has no future so long as the hotel is managed by an incompetent operator whose brand has been tarnished beyond repair," Fintiklis wrote the owners in January.

During that month, supposedly the peak of Panama's high season, occupancy ran around 30 percent and hotel unit owners didn't make enough to cover their maintenance fees, he said.

Donald Trump's June 2017 financial disclosure shows his company earned a little over $800,000 from the property during the previous 15 months — a paltry amount compared with the payout of between $32 million and $55 million that the company was on track to receive, according to a deal that emerged from the property's 2013 bankruptcy.