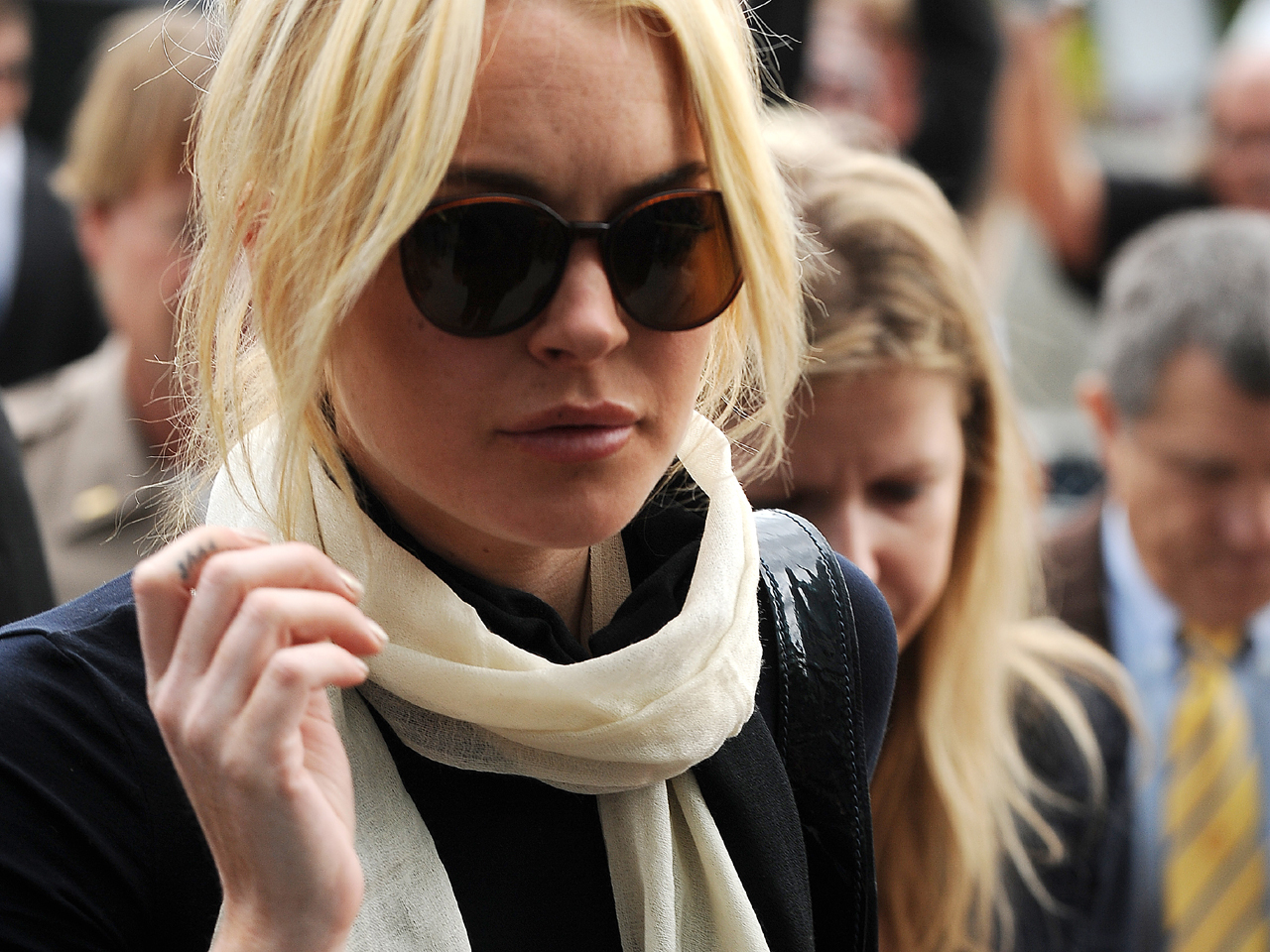 (CBS/AP) LOS ANGELES - A judge has reduced Lindsay Lohan's grand theft case down to a misdemeanor after prosecutors laid out their case against the actress over a necklace reported stolen from a jewelry store.

Los Angeles Superior Court Judge Stephanie Sautner refused to dismiss the case against Lohan, but said she often sees more serious cases that get reduced to misdemeanors. The misdemeanor has a potential penalty of a year in jail.

"I see the intent here," Sautner said. "I see a level of brazenness with 'Let me see what I can get away with here.'"

Sautner ruled that prosecutors had shown that Lohan violated her probation, but also said in reducing the charge that she was going to give the actress "an opportunity."

Lohan entered a not guilty plea Friday and will be back in court on May 11 for a pretrial hearing.

The judge's decision came after Deputy District Attorney Danette Meyers concluded her case at a preliminary hearing against Lohan.

Sofia Kaman testified Friday that Lohan made three visits within a week to the jewelry store that accused her of stealing a $2,500 necklace, but never purchased anything before leaving with the item.

Kaman said she waited a day to report the necklace stolen because Lohan had told her she would return the next day to purchase a ring. The first time Kaman saw Lohan since the Jan. 22 store visit was Friday.

Kaman testified that it took 10 minutes before she realized Lohan left wearing the necklace, and that she did not have any agreement with Lohan allowing her to leave the store with it.

It wasn't the first time that the actress tried to leave the store without paying. A salesperson testified Friday that she had to stop Lohan from leaving with one of the store's earrings. Kaman said she thought it was an accident and didn't give the actress any additional scrutiny when she returned to the store and tried on the necklace a few days later.

An associate of Lohan's turned in the necklace to detectives in early February after the investigators obtained a search warrant for the actress' home.

Lohan was wearing two other necklaces on Jan. 22, when she came into the store. Lohan wore both pieces to court on Friday, and took them off at one point while her attorney cross-examined Kaman.

Defense attorney Shawn Holley showed Kaman the necklaces and questioned her about why she didn't notice the actress was still wearing the store's necklace, even though Lohan's neck - and by Holley's description, cleavage - were clearly visible.

Holley's cross-examination of Kaman was at times testy, with Superior Court Judge Stephanie Sautner warning both the store owner and Holley to be more respectful.

The store owner was also questioned about her decision to license surveillance video for sale. Kaman said she entered into an agreement with a broker who licensed the footage to a commercial images division of The Associated Press, which then licensed it to Entertainment Tonight. Kaman said she has never been paid for the deal, but also admitted she never cleared the deal with detectives investigating the case.

The actress has rejected two plea deals that carried guaranteed jails sentences. This week, the makers of a pair of films announced they have cast Lohan in two movies, one of which will begin production later this year.

Lohan, 24, has been a courthouse fixture since last May when she missed a hearing in her drunken driving case. Since then, two judges have sent her to jail twice and rehab, also twice.

Kamofie reported its necklace stolen roughly three weeks after Lohan was released from treatment at the Betty Ford Center, where she also encountered trouble. A rehab worker accused Lohan of battery during an argument in which the worker told authorities Lohan had missed curfew and was caught with two other girls who admitted they had been drinking.

Prosecutors declined to file charges in that incident.

On Wednesday, Fiore Films announced it had cast the actress to play the wife of John Gotti Jr., the son of the infamous mob boss dubbed the "Teflon Don," in a biopic of the family. The project, title, "Gotti: Three Generations," is scheduled to begin shooting later this year in Lohan's native New York.

In an interview with the AP, Lohan said she was eager to put her court cases behind her and once again be known as an actress.

"I'm really excited to be back on set and clear up all the misinterpretations about me and show this is what I love to do," Lohan said.