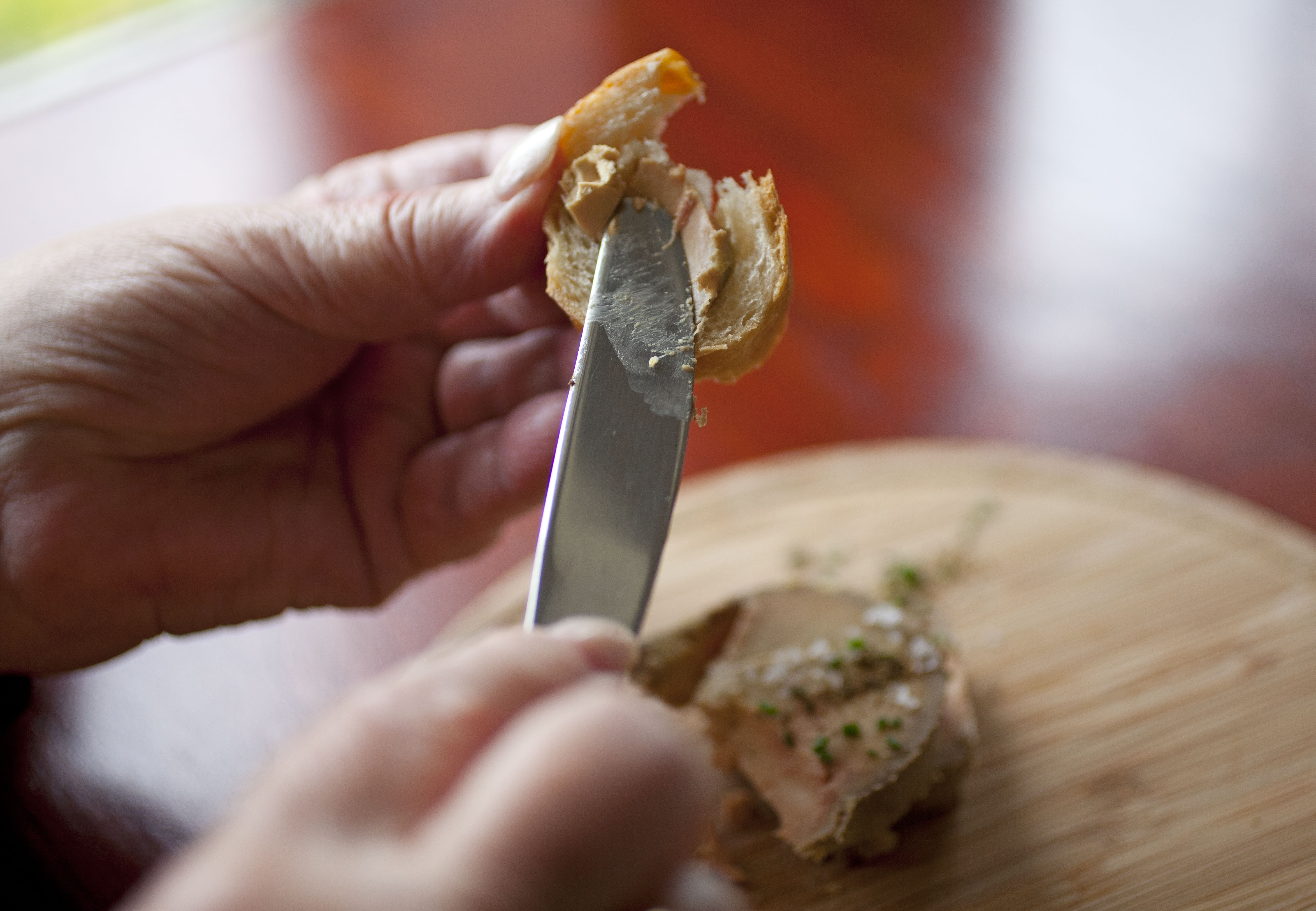 LOS ANGELES - Foie gras can go back on the menu in California after a federal judge on Wednesday overturned the state's ban on the sale of the fatty duck and goose liver.

Chefs cheered the return of the delicacy and animal-rights groups blasted the practice of fattening the birds as cruel and inhumane. Opponents of the dish urged Attorney General Kamala Harris to appeal the decision, though her office had no immediate comment.

State lawmakers voted in 2004 to bar California farmers from force-feeding birds with a tube, which is how foie gras is produced. That part of the law, which was phased in over seven years, was not challenged.

Foie gras farmers in Canada and New York and a Hermosa Beach restaurant successfully targeted a second part of the law that banned the delicacy produced out of state from being served in restaurants or sold in markets.

The judge had previously rejected foie gras supporters' claims that California couldn't impose its regulations beyond state borders, and an appeals court upheld that ruling.

But the lawsuit was amended to say state law was pre-empted by the federal Poultry Products Inspection Act. That law prevents states from imposing labeling, packaging or ingredient requirements different from federal standards.

The main question was whether the state was imposing its ban on an ingredient or a process. The judge rejected the state's argument that the law was aimed at barring products created by a particular process.

"California cannot regulate foie gras products' ingredients by creatively phrasing its law in terms of the manner in which those ingredients were produced," Wilson wrote.

The judge also rejected an argument that the lawsuit improperly targeted Harris. The attorney general's office said she had no intention of enforcing the law at the time but might do so in the future.

"Defendant seeks to have her pâté and eat it, too," Wilson quipped.

Animal rights groups that fought to the get the law passed and displayed photos of bloated ducks and geese with pipes shoved down their throats called the ruling misguided, a miscarriage of justice and absurd.

"Foie gras production involves cruelty to animals that would warrant felony charges were dogs or cats the victims," said Bruce Friedrich of Farm Sanctuary on behalf of a coalition of animal protection groups. "The idea that a ban on egregious cruelty on farms could be pre-empted by a law that applies exclusively to slaughterhouse operations and meat safety and labeling is exactly as ludicrous as it sounds."

Some restaurants had defied or tried to find loopholes in the ban, including the Presidio Social Club in San Francisco, whose managers contended the law didn't apply to them because the restaurant is on land administered by a federal agency.

Chicago passed a similar ban on the delicacy but later repealed it.

The ruling came early enough in the day that producers could ship foie gras to restaurants overnight, said attorney Michael Tenenbaum, who represented the farmers and Chaney.

It is expected on menus Thursday.