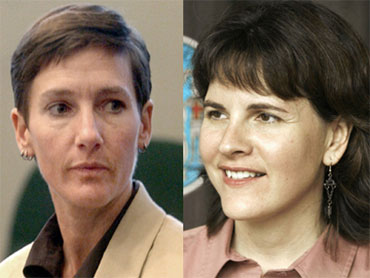 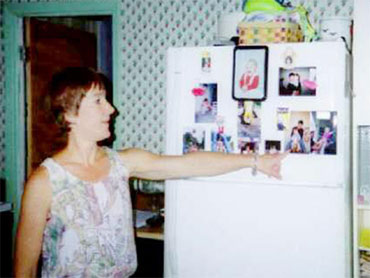 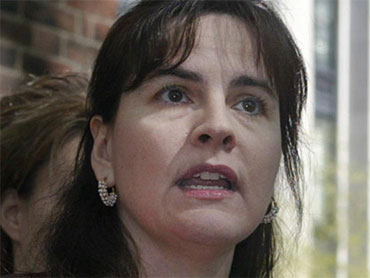 The former lesbian, who entered into a civil union with another woman and raised a child with her, now says that "lifestyle" is "fundamentally wrong," has renounced her homosexuality, and has said she is determined to "protect" her 7-year-old daughter, Isabella, from the past.

She fought for sole custody and won.

But Janet Jenkins, Isabella's other mother, doesn't quite see it that way. Jenkins has been fighting for visitation rights for Isabella for more than five years.

On Nov. 20, a Vermont family court judge awarded sole custody of Isabella to Jenkins after finding Miller in contempt of court for denying Jenkins access to the girl.

The handoff is scheduled for Friday, but Judge William Cohen now fears the birth mother "disappeared" with her daughter.

"It appears that Ms. Miller has ceased contact with her attorneys and disappeared with the minor child," Cohen wrote in an order denying Miller's request to delay the transfer.

The judge said the only way to ensure equal access to the child was to switch custody. He also said the benefits to the child of having access to both parents would be worth the difficulties of the change.

Mathew Staver, Miller's attorney, declined through a spokeswoman to comment on the case.

Miller and Jenkins entered into a civil union in the state of Vermont in 2000. Isabella was born to Miller through artificial insemination in 2002.

The couple broke up in 2003, and Miller moved to Virginia, where she renounced homosexuality and became an evangelical Christian.

Miller has argued that Jenkins, who has no blood tie to their daughter, also has no parental rights, and has withheld the child from Jenkins.

"It would be like handing my child over to the milkman," Miller said to Newsweek Magazine in 2008.

A listing for Lisa Miller in Winchester, Va., says the phone line has been temporarily disconnected at the customer's request.

Jenkins' attorney, Sarah Star, said she hopes Miller is simply not communicating with her attorneys but plans to comply with the order.

"It is Ms. Jenkins' intent when she has custody of Isabella to allow as liberal contact as is possible with her other mother," Star said Tuesday.

When Cohen dissolved the civil union, he awarded custody to Miller but granted liberal visitation rights to Jenkins.

The supreme courts of Virginia and Vermont ruled in favor of Jenkins, saying the case was the same as a custody dispute between a heterosexual couple. The case was appealed to the U.S. Supreme Court, which declined to hear arguments on it.

If Miller does not turn over Isabella, the most likely scenario is that she would be held in contempt of court and a warrant would be issued for her arrest, said Cheryl Hanna, a professor of constitutional law at Vermont Law School.

"I think the underlying thing is the fact that they are a lesbian couple doesn't mean that the court's going to treat this any differently than if they were a heterosexual couple," she said.

Miller brought the case to the Virginia legal system in an effort to reject the couple's legal relationship by invoking the state's Defense of Marriage Act, which does not recognize same-sex relationships, even if performed on other states.

"There is a homosexual agenda at work here, and Isabella is a pawn in their game," Miller said to Newsweek.

"It has nothing to do with the law. Isabella was saved at age 4, loves God, and knows what's right and what's wrong. We don't hate Janet. We pray for her soul and salvation."

Jenkins said that couldn't be further from the truth, according publication.

"I just want time with my kid. She is the love of my life, and I'm involved in this because I won't abandon her."