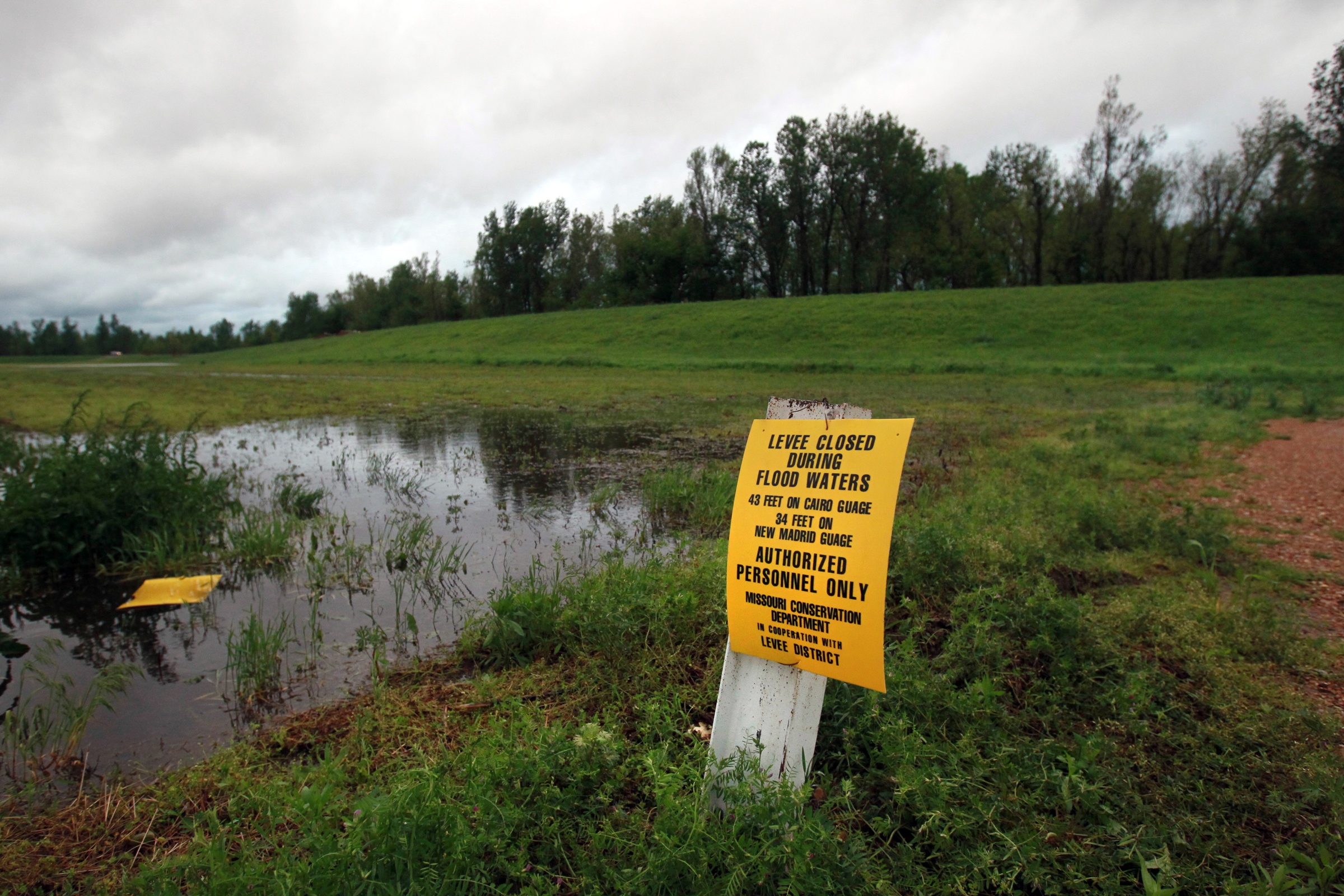 The corps has proposed using explosives to blow a 2-mile-wide hole through the Birds Point levee in southeast Missouri's Mississippi County, arguably to ease waters rising around the upstream town of Cairo, Ill., near the confluence of the Mississippi and Ohio rivers.

The corps halted its preparation for the break Thursday, saying it needed until the weekend to assess whether a sustained crest of the Ohio at Cairo would demand the extraordinary step.

The river's crest at the Cairo flood wall could reach 60.3 feet — nearly a foot above its record high — as early as Sunday, corps spokesman Jim Pogue said. The wall protects the town up to 64 feet, but there's concern the crest could last up to five days, putting extra pressure on it.

Illinois, Kentucky and Tennessee all want the corps to move forward with the plan. Missouri had sought a temporary restraining order to block the detonation. It was not immediately clear early Friday whether Missouri planned to appeal Limbaugh's denial of the order.

John McManus, an assistant Missouri attorney general, had argued the break would unleash a torrent of water that would carve a channel through prime farmland, flood about 90 homes and displace 200 people. The rush of water also stood to cause an environmental catastrophe, sweeping away everything from fertilizer to diesel fuel, propane tanks, pesticides and other toxins, McManus and some of the four witnesses who testified for the state suggested Thursday.

Attorneys for the corps and the state of Illinois countered that the farmers already have land that's flooded and have been given ample notice to clear their properties of anything toxic. The state of Illinois and the town of Cairo argue the well-being of Cairo's 2,800 residents outweighs farmland that would be swallowed up by the rush.