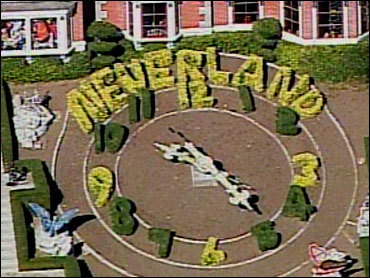 The judge in the Michael Jackson child molestation case issued tentative rulings Monday admitting 39 pieces of evidence seized in a search of Jackson's Neverland estate and suggested he will toss out a number of other items.

The items were identified by numbers only, and most were shrouded in secrecy.

The judge said he also was inclined to suppress a number of items he did not list; no hints were given as to what they contained.

Melville said none of his rulings was final and that he would give the defense and prosecution the opportunity to present legal arguments in written briefs and at the next series of court hearings Sept. 16 and 17.

He said the written briefs would be filed under seal.

None of the item numbers appeared to involve the search of private investigator Bradley Miller's office.

The defense has sought to show Santa Barbara County officials exceeded the scope of the warrant to search Neverland and violated the attorney-client privilege at Miller's office because he was working for Jackson's former attorney, Mark Geragos.

Monday's final testimony in the five-day suppression hearing focused on the Neverland search. The prosecution called witnesses in an effort to overcome defense testimony that authorities took items from areas of Jackson's property that were not specified in the search warrant, and that they ignored protests by Jackson's employees.

Jalaine Hogue, a district attorney's investigator, testified she interviewed Jackson's property manager, Joseph Marcus, and said he never expressed unwillingness to be interviewed and never complained about the scope of the search.

Hogue also testified Marcus never mentioned that Jackson attorney Steve Cochran was at the gate of the estate demanding admittance during the search.

Before the search, Hogue said, she and others were gathered together by sheriff's detectives and given a packet of information relating the allegations of Jackson's accuser and a list of questions to ask his employees. Defense attorneys indicated that material has not been turned over to them.

A second witness, sheriff's Lt. Russell Birchim, said he was involved in a previous search of Neverland in 1993 and was consulted by District Attorney Tom Sneddon before the 2003 search in order to figure out where certain buildings were located.

Jackson, 45, has pleaded not guilty to charges of committing a lewd act upon a child, administering an intoxicating agent and conspiring to commit child abduction, false imprisonment and extortion. Free on $3 million bail, Jackson is set to go on trial Jan. 31.