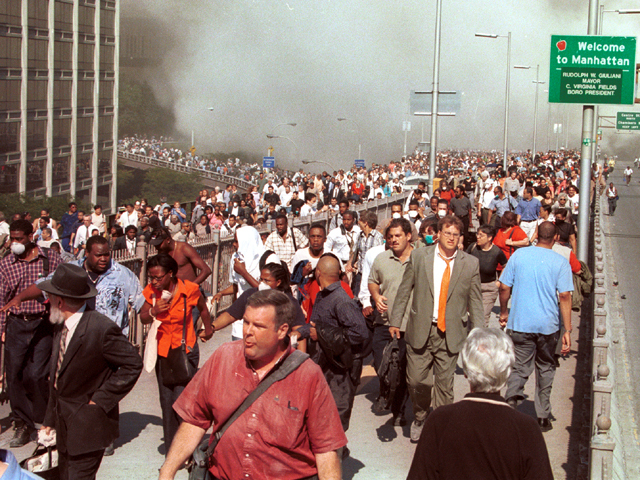 NEW YORK - A federal judge has signed a default judgment finding Iran, the Taliban and al Qaeda liable in the Sept. 11, 2001 terrorist attacks.

Judge George Daniels in Manhattan signed the judgment Thursday, a week after hearing testimony in the 10-year-old case. The signed ruling, which he promised last week, came in a $100 billion lawsuit brought by family members of victims of the attacks. He directed a magistrate judge to preside over remaining issues, including fixing compensatory and punitive damages.

Daniels signed findings of fact saying the plaintiffs had established that the 2001 attacks were caused by the support the defendants provided to al Qaeda. The findings also said Iran continues to provide material support and resources to al Qaeda by providing a safe haven for al Qaeda leadership and rank-and-file al Qaeda members.

During last week's open-court hearing, family members of Sept. 11 victims sat through a four-hour presentation from attorneys who cited evidence supporting their claims that Iran actively assisted the hijackers of planes that crashed into the World Trade Center towers, at the Pentagon and into a field in Pennsylvania. Former members of the Sept. 11 Commission and three Iranian defectors also spoke.

It would be near impossible to collect any damages, especially from the Taliban or al Qaeda.

Iran has not commented on the ruling. Iranian President Mahmoud Ahmadinejad has repeatedly denied any Iranian connection in the Sept. 11 attacks or with al Qaeda. Saudi Arabia had been knocked out of the lawsuit, but lawyers filed papers on Thursday to reinstate Saudi Arabia as a defendant.

Lawyers for the plaintiffs did not immediately return telephone calls seeking comment.