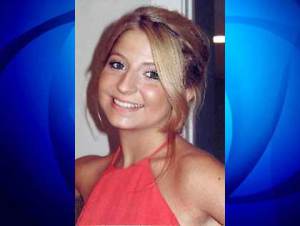 INDIANAPOLIS  - The mother of Indiana University student Lauren Spierer, who vanished in 2011, says she's frustrated by a judge's decision to dismiss a civil lawsuit against one of three men who saw her daughter the night she disappeared.

Charlene Spierer tells The Indianapolis Star that she hopes Judge Tanya Walton Pratt rules differently in the cases of the other two men named in the lawsuit.

Pratt has reportedly dismissed the lawsuit against Michael Beth and said a decision on whether she will dismiss the lawsuits against Jason Rosenbaum and Corey Rossman will be made by the end of the year, according to the paper.

Lauren Spierer was 20 when she disappeared June 3, 2011, after partying with friends in Bloomington. Her parents argue her fellow IU students, Beth, Rosenbaum and Rossman, gave their daughter alcohol, then failed to make sure she got home safely.

No one has been charged in the Greenburgh, N.Y., native's disappearance.

The Spierers reportedly believe Lauren is dead but in Indiana a missing person is not presumed dead until seven years after their disappearance, according to the Star.