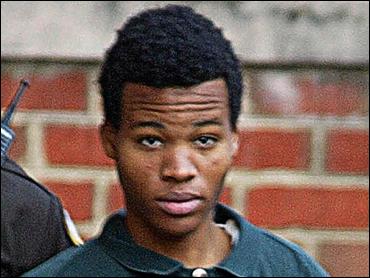 Investigators working on sniper suspect Lee Malvo's defense have more time to do their jobs.

A Fairfax County judge has approved a request to pay each of the three investigators for an additional 300 hours of work. The investigators are billed $70 dollars an hour and were appointed by the court in March.

Back then, the figure was set at a maximum of 200 hours each. Malvo's attorneys argue the additional money is necessary to ensure a fair trial and that "the scale of this case is enormous and there are many critical areas that remain unexamined."

Judge Jane Roush disagreed with prosecutors who argued that defense attorneys are running up the bill at the expense of taxpayers.

Defense lawyer Michael Arif says investigators have to visit sites in Louisiana, Washington state and Antigua as they work on the case. Two of the investigators are leaving the area today to continue their work. A third plans to travel next week.

Malvo, 18, could face the death penalty if convicted of killing FBI analyst Linda Franklin in October as she loaded shopping bags into her car.

He and accused co-conspirator John Allen Muhammad, 42, have been linked to 20 shootings, including 13 deaths, in Virginia, Maryland, Louisiana, Alabama, Georgia and Washington D.C. Muhammad is awaiting trial in neighboring Prince William County.