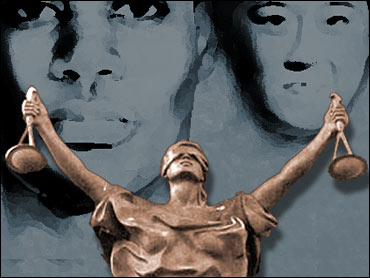 The federal judge whose majority opinion sent an important affirmative action case to the Supreme Court improperly intervened in the appeal, a colleague said in an internal review that did not recommend any punishment.

Chief Judge Boyce F. Martin Jr. of the 6th U.S. Circuit Court of Appeals in Cincinnati provided the crucial vote in a 5-4 ruling in May 2002 that upheld affirmative action in college admissions policies.

The review found that Martin named himself to a three-judge panel that was to hear the case even though court rules specify that assignments are made at random.

Martin, put on the court by President Carter in 1979, also delayed for five months a request to have the full appeals court hear the case, ensuring the exclusion of two conservative judges who were planning to retire, according to the review.

After those judges went on senior status, which meant they could not participate in the full court appeal, the 6th Circuit took over from the special panel and ultimately made its 5-4 ruling.

Martin's colleagues did not recommend a punishment in settling the complaint, or even use his name.

Messages left at Martin's office on Thursday were not immediately returned.

Judge Alice Batchelder wrote that "in the wake of these events, the members of this court performed and continue to perform a comprehensive review of the court's internal procedures and how these procedures are implemented."

Changes have "greatly reduced the potential for future incidents," wrote Batchelder, named to the job by the first President Bush. The memo, dated May 28, was made public this week.

The Supreme Court will decide this month whether policies that help minorities win spots at the University of Michigan's law school and main campus are unconstitutional.

The ruling will be the first time in 25 years that the court has addressed affirmative action. Plaintiffs say the point system used by the university, which gave more credit to minority applicants, violated the court's ban on quotas — which it erected in the 1978 University of California v. Bakke decision.

The university says the system is necessary to promote diversity.

Judicial Watch, a public interest group, last year filed a misconduct complaint against Martin. Complaint resolutions are overseen by the Judicial Conference, a panel of 27 judges that sets policy for federal courts.

"The Supreme Court now has before it a landmark case which made its way to its steps through judicial misconduct. The Michigan affirmative action case was fixed," said Tom Fitton, president of Judicial Watch.

Fitton said the group may appeal in an effort to have the judge punished.

House Judiciary Chairman James Sensenbrenner, R-Wis., suggested last year that white law students who lost in the appeals ruling may have won if the chief judge had not deviated from standard procedure.

The appeal was argued at the Supreme Court on April 1, along with a separate case involving undergraduate admissions at Michigan.

The undergraduate admissions case also came from the 6th Circuit, which heard arguments in the challenge by white students but never issued a ruling nor explained why. Students appealed anyway.

Dissension had spilled over into the appeals court's consideration of the Michigan law school case.

Judge Danny Boggs, a Republican appointee, complained last year that the case was not handled by the rules. Democrat-appointed appointed judges outnumbered GOP-appointed judges at the time, but since then four judges nominated by President Bush have been confirmed.

Complaints about federal judges are not rare, but they rarely result in any punishment. For example, of 766 ethical complaints lodged in 2001, only one resulted in a penalty, according to federal court officials. That penalty was a private censure and no details were released.

Under court rules, individual circuit courts handle complaints internally. The Cincinnati-based 6th Circuit handles cases from Ohio, Michigan, Kentucky, and Tennessee. Martin, as the chief judge, would have been in charge of the investigation.

Instead, Batchelder, who has been on the court since 1991, was named acting chief judge in the matter.

Judicial Watch also had complained about Martin's handling of a death penalty case, in which a stay was granted to Ohio inmate John W. Byrd.

Byrd was executed, but his fight to avoid execution exposed unusual rancor among 6th Circuit judges who accused each other of holding secret meetings and engaging in questionable tactics to spare his life.

Batchelder said in the memo that the group raised valid concerns in that case.