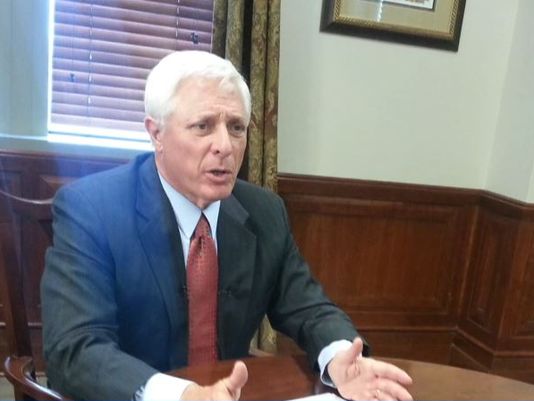 BATON ROUGE, La. - A Louisiana judge has issued a temporary restraining order against a waste management company and an environmental services firm that prevents incinerated material from the apartment of Ebola victim Thomas Eric Duncan, who died of the disease last week, from entering the state for disposal.

U.S. District Judge Bob Downing granted the injunction after a request from Louisiana Attorney General Buddy Caldwell was made to stop the ashes from being transported from Texas by Veolia Environmental to a Lake Charles, La., landfill run by Chemical Waste Management.

In his request, Caldwell cited that the materials could be "potentially infectious and hazardous," despite assurances from Chemical Waste Management that the ashes posed no threat.

"The materials in question are said to have been incinerated and treated at the Port Arthur, Texas facility, yet none of the entities involved in... transporting, incinerating or arranging for the transport of materials have contacted Louisiana officials to disclose the origin of the materials..."

Caldwell said his concerns grew after news came of a nurse who treated Duncan being diagnosed with the Ebola virus.

"The nurse was in a HAZMAT, or a moon-suit as we call it, and she got the virus," Caldwell told CBS News New Orleans affiliate WWL. "So if it's so safe, if it's handled properly according to the Center for Disease Control, how did she get it?"

But Dr. Susan McLellan, an infectious disease expert at Tulane University, who has treated Ebola patients in Africa says that Caldwell could be partipating in unnecessary panic over the virus.

After being removed from Duncan's apartment in Dallas, bedsheets and other hazardous materials were decontaminated then incinerated in Port Arthur, Tex. The ashes were scheduled to be trucked into Louisiana then placed in the landfill. But Chemical Waste Management said in a statement that the material hasn't been accepted by his company yet.

"While accepting this waste poses no threat to the environment or human health, we do not want to make an already complicated situation, more complicated," the statement said. "We are in contact and working with all the appropriate Louisiana state officials and certainly want these officials to agree that any acceptance of this ash at our Lake Charles facility is safe prior to its acceptance."

However earlier, Chemical Waste Management had said that it was assured by Veolia Environmental that the materials had been incinerated at 2,100 degrees Farenheit, the temperature which the Centers for Disease Control says kills the virus.

The hearing date for the temporary restraining order was set for Oct. 22.