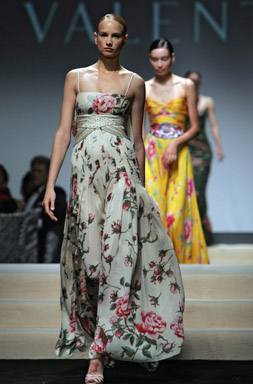 Former hostage Terry Anderson was awarded $341 million from Iran on Friday by a federal judge who said his treatment during his nearly seven years of captivity in Beirut was "savage and cruel by any civilized standards."

U.S. District Judge Thomas Penfield Jackson ordered Iran to pay $24.5 million to Anderson, $10 million to his wife, Madeleine Bassil, and $6.7 million to their daughter, Sulome. The judge also ordered the Iranian Ministry of Information and Security to pay the three $300 million in punitive damages.

Whether they will actually receive any money, however, remains to be seen.

Last month, Jackson ruled Iran in default for failing to defend against the lawsuit by Anderson, the former chief Middle East correspondent for The Associated Press and the longest-held American hostage.

"The...conduct with which both defendants (Iran and its ministry) are charged, savage and cruel by any civilized standards, would surely merit" an award of punitive damages intended to punish and deter misconduct, Jackson wrote.

Anderson's case was the latest to come to trial under a 1996 law that allows Americans who are victims of terrorism in foreign countries to sue in U.S. courts if the State Department lists those nations as sponsors of terrorism. Iran has been on the list since 1984.

Although Anderson was held in Lebanon, he and his fellow captives claim their kidnappings were engineered by Iran.

In August 1998, Jackson ordered Iran to pay $65 million in damages to David Jacobsen, Joseph Cicippio and Frank Reed, who were held hostage with Anderson, and to the wives of Cicippio and Reed.

However, the Clinton administration has made it difficult for them to collect.

In testimony before Congress last month, Secretary of State Madeleine Albright said the administration was "looking at various funds" containing money owed to Iran that might be tapped.

"But we have to do it in some way that does not harm our overall foreign policy interests," Albright said.

The former hostages contend the United States holds hundreds of millions of dollars of frozen, non-diplomatic Iranian assets, including former commercial properties and money from U.S. arms bought by Iran but never delivered.

In one case, the family of Alisa Flatow -- an American college student killed in a 1995 bombing in Israel -- sought a court order to seize the former Iranian Embassy and other former diplomatic properties to satisfy a $247 million judgment they won against Iran. They, too, are waiting to collect.

Anderson was held captive for 2,454 days, the longest of the captives in Lebanon. He was abducted at gunpoint in March 1985 and released in December 1991.

Jackson's opinion said the evidence was conclusive that Anderson was kidnapped and "imprisoned under deplorable, inhumane conditions" by agents of the Islamic Republic of Iran, kown as the Hezbollah, or "party of God."

Anderson was chained and blindfolded, fed only bread, cheese and water, moved from cell to cell numerous times, and feared many times he would be executed, the judge wrote.

The evening of his release, he "saw the stars for the first time since his capture," Jackson wrote. Anderson's wife and child also suffered as a result of his kidnapping, the judge said.