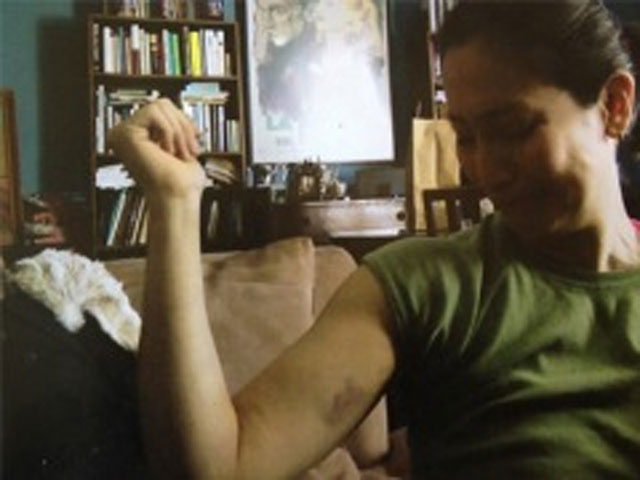 (CBS) SAN FRANCISCO - A judge ruled Monday that a critical piece of video evidence in the domestic violence case against San Francisco Sheriff Ross Mirkarimi will be admissible in his upcoming trial, reports CBS San Francisco.

Prosecutors will be allowed to introduce a 55-second video recorded by neighbor Ivory Madison on Jan. 1, that reportedly shows the sheriff's wife, Eliana Lopez, crying, pointing to a bruise on her arm and recounting an encounter with Mirkarimi.

Mirkarimi, who's 50, has pleaded not guilty to misdemeanor charges in connection with a Dec. 31 incident in which he allegedly bruised his wife's arm during an argument at which his 2-year-old son Theo was present.

Assistant District Attorney Elizabeth Aguilar-Tarchi told Judge Garrett Wong the video is "the focal point and crux of our case," and argued that it should be admissible under exceptions to the court's hearsay rules that allow for certain spontaneous statements to be admissible if they are made under the stress of excitement, and before there is time to contrive or misrepresent facts in a case.

She pointed out that Lopez was crying during the video, which she called "the functional equivalent of a 911 call."

Mirkarimi's defense attorney, Lidia Stiglich, argued that the fact that 18 hours passed between the alleged incident and the statement to Madison gave her time to reflect on the incident. She also said that the video was made for use in a custody dispute, not for a criminal case, since Lopez said in the video she was concerned Mirkarimi might try to take her son away from her.

"Just being emotional about something is not sufficient" for a statement to be admissible in trial, Stiglich said.

Judge Wong ruled that the video could be used, saying it showed "a woman who is still crying and visibly upset the next day," and that the statement's "brief, cryptic and halting" nature "do not reflect any hint of contrivance."

But the judge declined to admit statements Lopez made to Madison and neighbor Callie Williams on Jan. 4.

Wong also considered whether Mirkarimi's ex-girlfriend would be allowed to testify in the trial. On Jan. 13, Christina Flores filed a police report saying that he was abusive to her when they dated between June 2007 and December 2008.

Stiglich argued that Flores waited until after the incident with his wife was made public to report her alleged abuse, and that there are no witnesses or evidence to corroborate her accusations.

Jury selection is scheduled to begin on March 5.