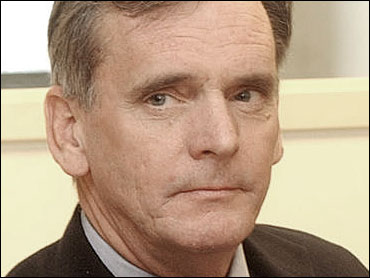 The third-term senator confirmed those reports to Politico this morning.

"I am aware that my name is one of those being considered by the White House for Secretary of Commerce, and am honored to be considered, along with others, for the position," he said in a statement, reports Politico. "Beyond that there is nothing more I can say at this time."

A Capitol Hill leadership aide also told the Associated Press that Mr. Obama has talked with his party's leaders about the move.

But it's unknown how seriously Gregg is being considered. One Senate source suggested to Politico the White House might be floating Gregg's name as a trial balloon.

While the pick would mean another Republican in the Cabinet, this pick would perhaps have the most significant impact on the balance of power in the Senate. New Hampshire has a Democratic governor, John Lynch, who would get to pick Gregg's successor.

If Lynch picks a fellow Democrat and Al Franken wins the court challenges in Minnesota, Democrats would attain the magic number 60 seats in the chamber for a filibuster-proof majority.

For that reason, Lynch would likely be under pressure from his fellow Republicans not to accept the position if offered.

Or, as a GOP aide told the Los Angeles Times, a deal could be worked out where Lynch appoints a Republican successor.

On that front, it should also be noted that a senior New Hampshire Republican told the AP hat it's not totally certain that the moderate Lynch would automatically appoint a Democrat.

White House officials have told the AP and others that no final decision had been made for the pick. A few days ago, we reported Symantec CEO John Thompson was a leading choice as well.

As for Gregg, he may be interested in the post in part because his 2010 reelection is not assured in a state that has trended Democratic in recent years. A coalition of Democratic groups has targeted Gregg (and four other Republicans) this week with advertisements pressuring him to support the president's stimulus package.

"Those groups don't impress me," Gregg said in an interview with The New York Times. "I'm trying to participate constructively, help the new president where I can be helpful and be part of the loyal opposition where I disagree with him."

On the flip side, he may also face fire from conservatives in his state for his support of the financial bailout in the fall. He was the GOP's chief negotiator.

Mr. Obama's first pick for Commerce, New Mexico Gov. Bill Richardson, withdrew his nomination earlier this month due to an grand jury investigation into state contracts in his home state.