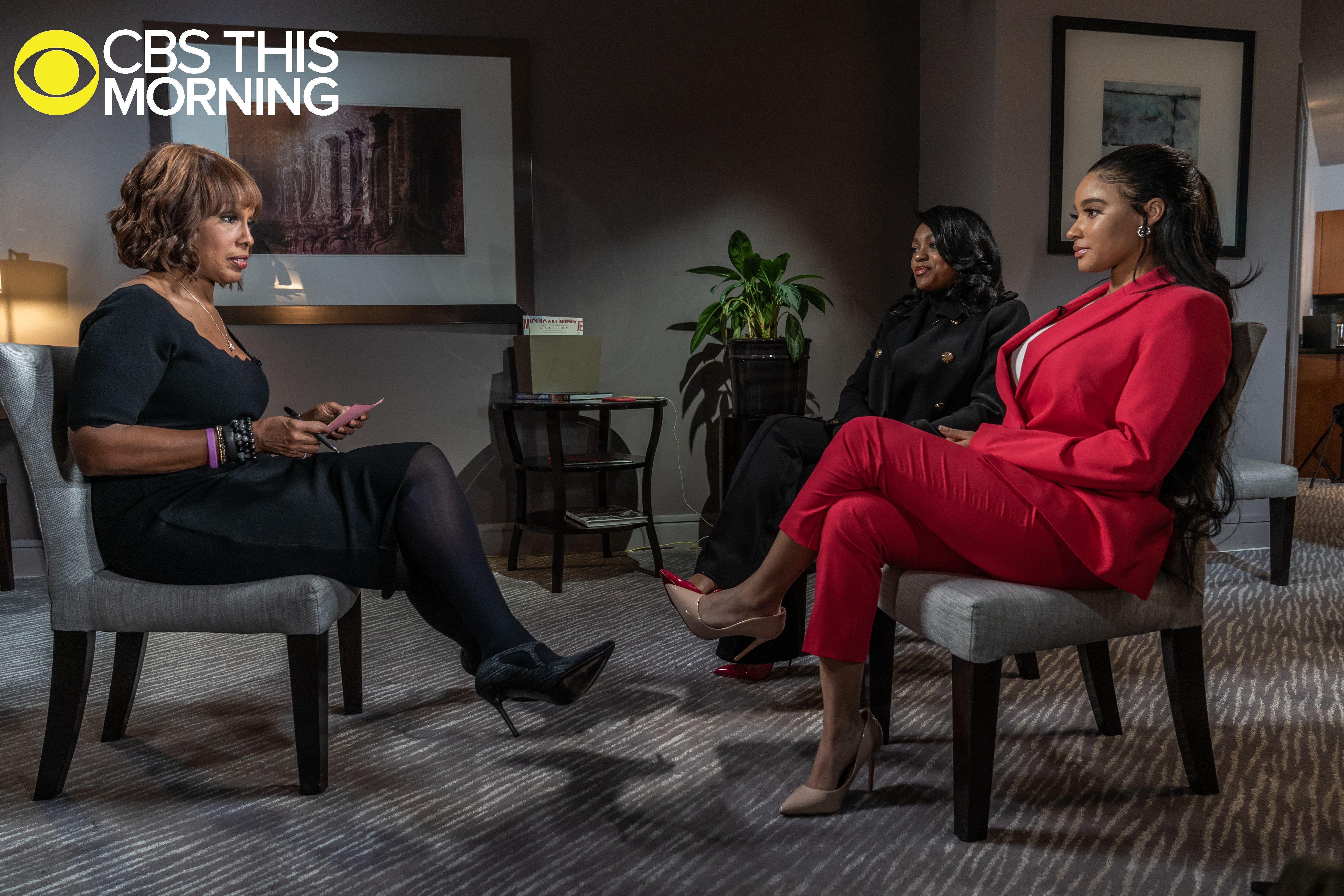 In an interview with "CBS This Morning" co-host Gayle King, two women who say they are in a relationship with R. Kelly defended the singer. Kelly met Joycelyn Savage at a concert when she was 19. Azriel Clary was 17 when she met Kelly at one of his concerts.

The parents of Savage, now 23, and Clary, now 21, believe their daughters have been brainwashed into being part of an alleged sex cult. Savage and Clary deny that.

"Our parents are basically out here just to get money," Savage said.

"Well, both our parents, both our parents are basically out here trying to get money and scam, because they didn't agree on what happened, you know, with music or whatever it could be. And they're just very upset," Savage said. Their parents deny this.

This morning Savage's family said they were alarmed by the interview. They believe their 23-year-old daughter is brainwashed and is being held against her will. Both say they are his live-in girlfriends. Kelly was in the room when King interviewed them.

Savage's parents held a press conference Wednesday, claiming Kelly lied in his interview with King. They said they believe he has kept their daughter estranged from their family for two years. The Clary family responded today by saying they have never requested or received a penny from R. Kelly, that they never "sold" their daughter to him or anyone else. They call R. Kelly a desperate liar and serial abuser of young women. The Savage family said that at no point did they request money or get money from R. Kelly.

"The allegations Mr. Kelly has brought against my family is very horrific," Joycelyn's father, Timothy Savage, said. "We are a solid family, we care about our daughter. From day one the only thing we wanted to do was actually to see our daughter, hear from our daughter, and make sure she's fine."

Kelly has been charged with 10 counts of aggravated criminal sexual abuse involving four victims, three of whom were underage. He is being prosecuted by the Cook County state's attorney.

But Kelly has faced allegations of abuse for years. In 2002, he was indicted on 21 counts of child pornography for participating with a minor in a sex tape. After years of delays, Kelly was found not guilty of all charges in 2008.

In his explosive interview with King on Tuesday, Kelly denied ever having sex with someone under the age of 17.

"What women said about me. So nobody's allowed to be mad at me and be scorned and lie on me?" Kelly said.

When asked about Clary, Kelly told King he's "seeing her" but denied their relationship began when she was underage.

Clary's parents claim to have text messages that show that Kelly had sex with her when she was 17. To that he said, "Claim, claim."

Watch the rest of King's interview with Savage and Clary on "CBS This Morning," Thursday, March 7, 7:00 a.m. ET.