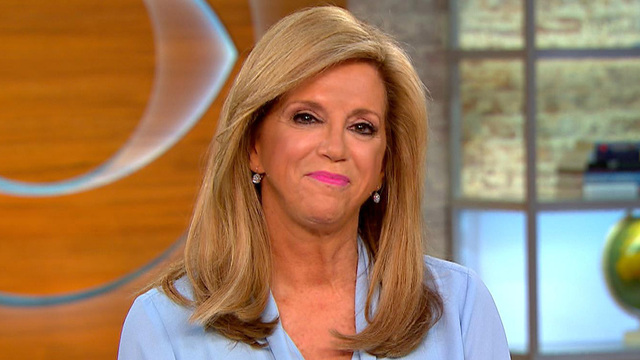 Look around your house. From hangers to bags and even glasses, chances are you have something invented or sold by Joy Mangano.

In 1990, the 34-year-old single mother of three developed the prototype for a product that would change her life. She convinced QVC to put her on air for her invention, the Miracle Mop -- the first-ever self-wringing cotton mop -- and sold 18,000 of them in just 20 minutes.

"I look at the world through products," Mangano said on "CBS This Morning" Wednesday. "So I see somebody struggling for instance, with a mop ... my brain starts to go 'how can I make that easier?' because I think about people and just making life a little bit easier every day."

Now 30 years into her career, Mangano has built a multibillion-dollar empire. With more than 100 patents for her inventions, Mangano has mastered the art of the pitch.

Mangano's modern-day Cinderella tale inspired the movie "Joy," starring Jennifer Lawrence with the title role, which earned her an Oscar nomination and a Golden Globe for Best Actress.

On "CBS This Morning" co-host Charlie Rose's PBS program, the actress spoke highly of the inventor.

"She has such a unique energy and personality because she's very sweet. She doesn't have have any errors. She's very friendly and fun and funny, but she's also very quietly powerful, has such a deep, deep patience," Lawrence said.

Mangano called it an "honor" and complimented the actress and the movie's director, David O. Russell, for bringing a more "global aspect" to her journey.

"She is so beyond her year, and she brought such a depth," Mangano said. "I think the movie, 'Joy,' has so many touchpoints with so many people because it is about the ordinary, but a lot of the times, the ordinary is extraordinary."

Another important theme in the movie is family, which the mother of three said was "at the heart of everything I do." Mangano also attributes her success to her unique relationship with her ex-husband, who is a business partner and a "dear friend." Russell called them "the best divorced couple in America."

"What you find in somebody and fall in love and have children -- I don't think that sheds away. You just kind of get lost in life and what you have to do," Mangano said.

Mangano has also established the Joy Mangano Foundation to empower female entrepreneurs. For those with dreams of building successful businesses, Mangano advised them to be "brave" and "resilient."

"Know the end goal, but actually, leave it alone for a minute because you are going to have diverse paths to get there," Mangano said. "So you have to be able to say, 'Oh dear, that happened and I can't do that anymore' -- you don't say that. You say, 'That happened, what will I do to get around it?'"