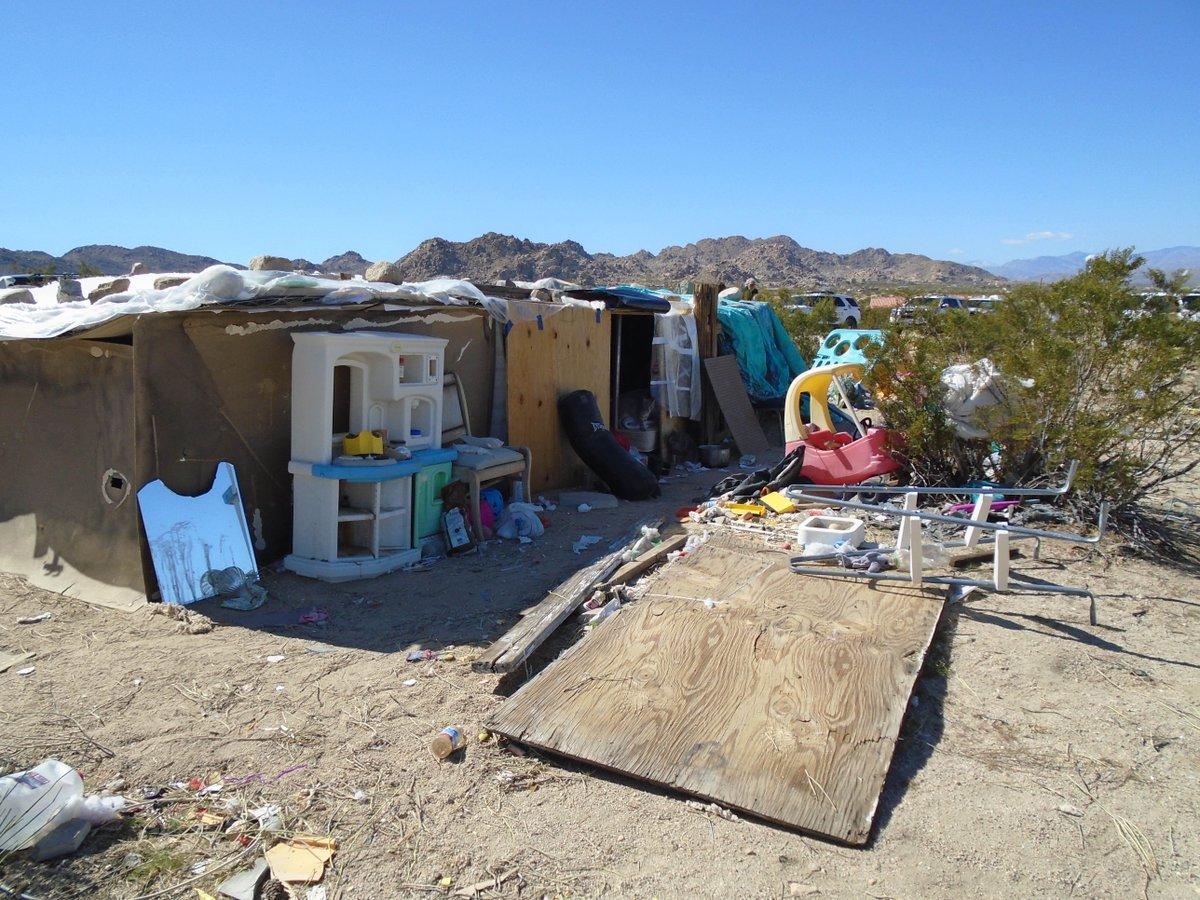 Authorities went to the property just after 11 a.m. Thursday. Deputies found a travel trailer they believed was abandoned. Also on the property, they found a large rectangular box but authorities said the children were not being held captive in the box.

Officials said the property had no electricity or running water. The property, they reported, had mounds of trash and human feces strewn about.

Deputies came into contact with three victims, the teens. It was determined the suspects were the parents of the children.

Officials said there was an inadequate amount of food present, and the children were living in an unsuitable and unsafe environment.

Children and Family Services took custody of the children.

Kirk and Panico were arrested and booked into the Morongo Basin Jail in suspicion of willful cruelty to a child. They are being held in lieu of $100,000 bail.

"It looks like a junkyard," she reported, "piles of trash and old furniture scattered everywhere."

She spoke to Mike Reynolds, a neighbor who has never been on the property but said he's know the family for the past few years.

"His family,  they lived not too far from here and they lost their house. So he bought that lot and bought that trailers and moved up. There were living there, and his goal was to build his dream house," Reynolds said.

While the property didn't have running water or electricity, Reynolds doesn't see that as a crime.

He also said that the children looked healthy and safe. He said his neighbor might have been poor, but he wasn't a criminal.

"There's people out there in the gutters raising their kids in less environment, in cardboard boxes and having to go to the bathroom in the gutters and they don't get arrested. They need help but they're not getting arrested." Reynolds said. "My goodness, he's living on his own property."

Anyone with information about this case is urged to call the San Bernardino County Sheriff's Department Morongo Basin Station at (760) 366-4175. Anyone wishing to remain anonymous may contact We-Tip at 1-888-78-CRIME.