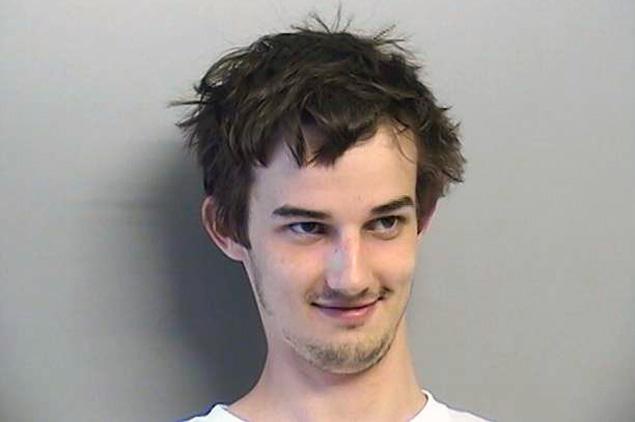 (CBS) OWASSO, Oklahoma - Joshua Dakota Traub, a 20-year-old Tulsa man, is in jail after sexually harassing a Walmart employee and then peeping into the women's bathroom, police say.

Traub was arrested by Owasso Police on complaints of sexual battery, acting as a peeping Tom, and obstructing an officer, according to CBS affiliate KWTV in Oklahoma City.

Police say that Traub was in the Owasso Walmart just after 11 p.m. on Friday when he approached a female maintenance worker. Traub and the woman exchanged words. When she walked away, Traub allegedly gave her "a smack to her buttocks," according to the arresting officer Joshua Goins.

The arrest report states that Traub was also caught on video lurking around and looking into the women's bathroom. Traub proceeded to flee the store and attemped to run from police. He was soon captured by the Owasso authorities.

Officer Goins said during  his booking, Traub claimed to have a physical handicap of being hungry. He also reportedly told police that he was suicidal and asked, "Yeah, now what is that going to get me?"