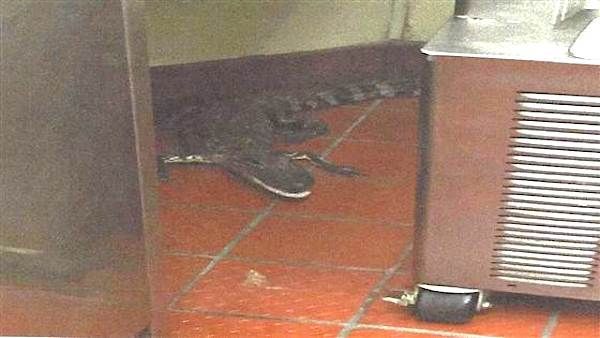 ROYAL PALM BEACH, Fla. -- A Florida man was arrested after police say he threw an alligator through the drive-thru window of a Wendy's fast food restaurant, reports CBS affiliate WKMG.

Officials say when James was handed his drink at a Wendy's in Royal Palm Beach, he reached into the back of his truck and tossed the 3 1/2 foot alligator into the restaurant.

James admitted to picking the gator up on the side of the road, but his parents say he's not violent. They told WKMG that their son knew a worker at the restaurant and was only attempting to prank the employee.

The animal was later released in a nearby canal.

James faces charges of aggravated assault with a deadly weapon.