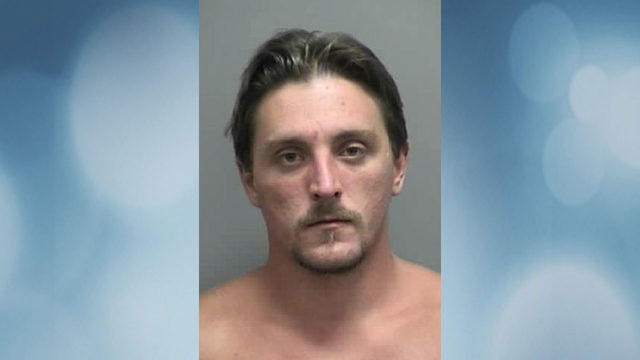 JANESVILLE, Wis. -- Authorities are following up on numerous tips as they search for a man suspected of stealing firearms from a Wisconsin gun store after sending a 161-page anti-government manifesto to President Trump.

Thirty-two-year-old Joseph Jakubowski is accused of taking a large quantity of handguns and rifles from a gun shop Tuesday night in Janesville, about 70 miles southwest of Milwaukee. Authorities say he has acquired a bulletproof vest and helmet. A burned vehicle registered to him was found near the store.

Spoden said officials believe Jakubowski is still in the area and is trying to wait out law enforcement.

On Saturday, police released new a surveillance photo showing Jakubowski at a Mobil gas station in Janesville Tuesday afternoon, hours before the burglary.

The FBI is bringing in additional resources from Minneapolis and Chicago to aid in the search. Officials from Janesville police, the Rock County Sheriff’s Office, the FBI and ATF are among those searching for Jakubowski. In total, 175 law enforcement officials are involved in the search.

In a video released Friday by law enforcement, a person investigators believe is Jakubowski drops the manifesto, addressed to the White House, in a mailbox, saying, “Game time, according to WISC.

In Sun Prairie, Wis., a church is closing its doors Sunday after police say a suspicious person matching the Jakubowski’ss description walked in and asked unusual questions, WISC reports.

In a statement, Sun Prairie police said a man entered the Bethlehem Lutheran Church Thursday and asked questions about church services and practices, including inquiries about turning people away.