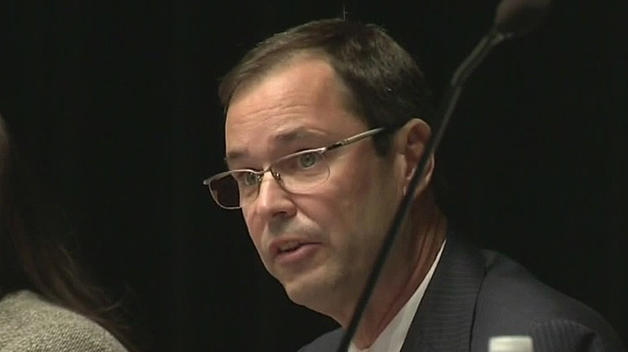 LOS ANGELES -- A former Southern California school board superintendent who made more than $600,000 in a year has been charged with a dozen counts of corruption.

The charges were filed Wednesday against Jose Fernandez, who drew the massive compensation package despite overseeing just a handful of schools in the Centinela Valley School District.

Three years after his firing, Fernandez was charged with six counts of conflict of interest, three of misappropriation of public funds, two of grand theft and one of embezzlement.

Prosecutors say he manipulated the school board and its policies to dramatically increase his pay, and unlawfully created supplemental retirement programs to benefit himself.

According to the Los Angeles County District Attorney's Office, Fernandez's wages -- for the purposes of the retirement plan -- totaled more than $750,000 in 2013, which was nearly $500,000 more than the next highest paid employee, CBS Los Angeles reports.

Fernandez was arrested Wednesday and is being held on $495,000 bail. He's expected to be arraigned Thursday.