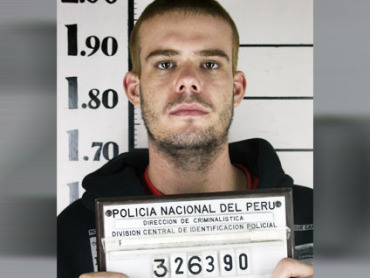 AMSTERDAM (CBS/AP) Joran van der Sloot retracted his confession to the murder of Stephany Flores during a prison cell interview with a Dutch newspaper, saying he had been tricked into confessing.

"I was very scared and confused during the interrogations and wanted to get away," De Telegraaf quoted him as saying. "In my blind panic, I signed everything, but didn't even know what it said."

The paper said the 22-year-old Dutch national claims he only signed papers admitting killing Stephany Flores because he was intimidated by police and had been promised he would be transferred to the Netherlands if he confessed.

Police say van der Sloot confessed to killing 21-year-old Stephany in his hotel room after the two met playing poker at a casino. They have described his confession as being remarkably complete.

Stephany's murder occurred five years to the day after American Natalee Holloway went missing after having last been seen leaving an Aruban bar with van der Sloot. Van der Sloot is the prime suspect in the Holloway disappearance, as well.

No trial start date has been set in Stephany's case, but a hearing is scheduled for this week, when van der Sloot will give his first statements before a judge.

Van der Sloot has said he is ready to talk about the Natalee Holloway case, but only to Aruba authorities in Aruba.