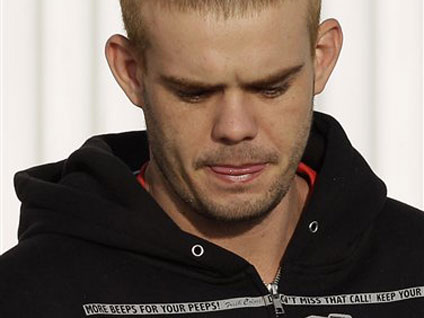 Prosecutors are seeking a 30-year jail sentence for van der Sloot in the May 30, 2010 killing of 21-year-old Flores. Van der Sloot was widely known before last year's killing as he is the prime suspect in the unresolved 2005 disappearance in Aruba of the American teen Natalee Holloway.

Flores' was found in van der Sloot's Lima hotel room five years to the day after Albama teen Natalee disappeared while on vacation in Aruba.

A lawyer for the Flores' family, Edward Alvarez, told the Associated Press he was notified on Thursday that formal charges were filed. He estimated the trial would begin in October.

Prosecutors are also seeking damages of more than (Canadian) $70,000.