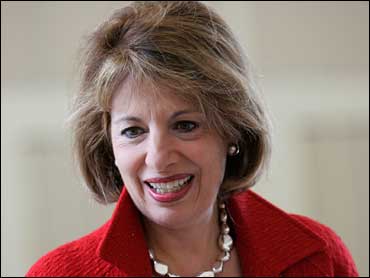 Former state lawmaker Jackie Speier, a survivor of the Jonestown tragedy three decades ago, won a special congressional election to fill the seat of the late Rep. Tom Lantos.

With her win Tuesday, Speier, a Democrat, avoided a runoff in the contest to replace the 14-term congressman, who died in February. Speier, a former state assemblywoman and senator, also plans to seek a full term in 12th Congressional District later this year.

Speier, 57, had nearly 78 percent of the vote in unofficial returns. She needed more than 50 percent to avoid a June 3 runoff election. Also on the special election ballot were a fellow Democrat, two Republicans and a member of the Green Party.

In 1978, Speier was an aide to Rep. Leo Ryan and accompanied him on a mission to Guyana. The purpose was to investigate claims that Peoples Temple leader Jim Jones was holding followers against their will at the California-based group's Jonestown compound in the South American country.

An ambush at the Jonestown airstrip left Ryan and four others dead and Speier severely wounded. Jones and his followers then committed mass murder-suicide, drinking cyanide-poisoned punch. More than 900 people died, including hundreds of children.

Speier lost a special election to fill Ryan's seat in 1979 but went on to represent the area as a San Mateo County supervisor and in the state Assembly and Senate. In 2006, she narrowly lost a campaign for the Democratic nomination for lieutenant governor.

She had been endorsed by California's leading Democrats in Congress - Sens. Dianne Feinstein and Barbara Boxer, and House Speaker Nancy Pelosi. Her election Tuesday makes her a Democratic superdelegate; she told The Associated Press she supports Sen. Hillary Rodham Clinton.

Pete Olson, a former aide to U.S. Sens. Phil Gramm and John Cornyn, overpowered Shelley Sekula Gibbs with 68 percent of the vote to her 31 percent in unofficial, complete returns. The winner will face first-term Democratic Rep. Nick Lampson in November.

Sekula Gibbs, a former Houston City Council member, had been the top vote-getter in a 10-person Republican field in the March 4 primary.

In the race for district attorney of Harris County, which includes Houston, Pat Lykos, a former police officer and judge, defeated Kelly Siegler, a flamboyant prosecutor, with 53 percent of the vote to 47 percent to gain the Republican nomination.

Chuck Rosenthal resigned as district attorney amid a contempt of court charge and a scandal involving racist and sexual e-mails found on his county computer, as well as political campaign material that wasn't supposed to be on a government-owned machine.