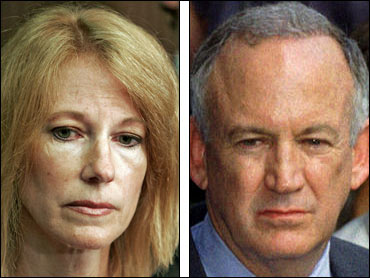 The mother of missing teenager Natalee Holloway and the father of slain child beauty queen JonBenet Ramsey have become friends, the attorney they share said Monday.

Lawyer Lin Wood declined to describe their relationship as romantic, however.

"I would describe them as friends who have a great deal of admiration for each other," Wood said of Beth Twitty and John Ramsey.

Wood told The Associated Press they "share common interests and concerns related to their children, particularly with respect to the actions of law enforcement and the media in response to those tragic losses."

JonBenet Ramsey was reported missing from her family's Boulder, Colo., home by her wealthy parents on the morning after Christmas 1996. The 6-year-old's body was found in the basement. She had been strangled.

John and Patsy Ramsey endured public perception that they were somehow involved.

In November, Correspondent Erin Moriarty of 48 Hours spoke exclusively to John Ramsey in his first interview since the death of Patsy Ramsey.

"Was there ever a moment from the very beginning that you ever questioned her, or that she questioned you?" Moriarty asked John Ramsey.

"But you didn't know what had happened to your daughter," Moriarty remarked.

Holloway, 18, disappeared in Aruba in May 2005 during a trip with high school classmates. Police have spent months searching for her to no avail.