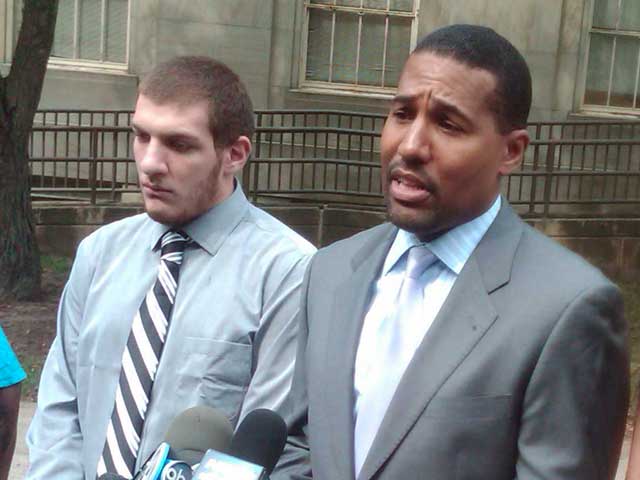 (CBS/AP) MINEOLA, N.Y. - Jonathan Roth, a New York man charged with helping his father fake his own death in an alleged insurance scam, is out on bail, according to CBS New York.

Roth had a brief court appearance Tuesday on New York's Long Island. He has pleaded not guilty to charges including conspiracy to commit insurance fraud.

Roth's lawyer, Joey Jackson, says his client was coerced and abused by his father, who manipulated him. A lawyer who represents his father, Raymond Roth, denies those allegations.

Investigators allege Jonathan Roth falsely reported his father had drowned July 28 at a New York beach. Authorities believe Raymond Roth actually fled, first to Florida, and then later to South Carolina where he was recognized by a police officer.

Raymond Roth is currently receiving psychiatric treatment at a New York hospital. His lawyer says he is to be released Wednesday and expects to be arrested then.