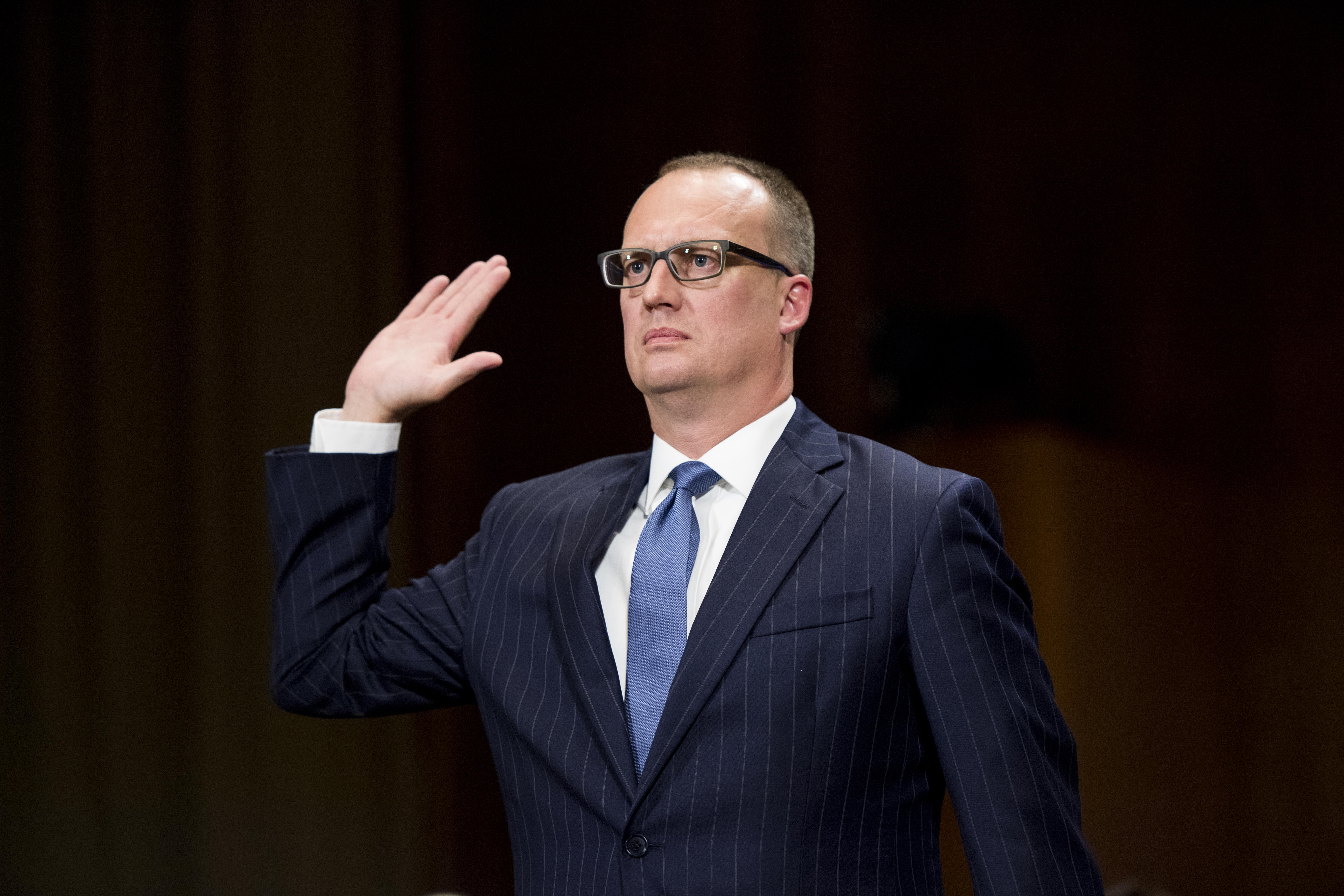 A federal judge nominee who the American Bar Association deemed "not qualified" for the bench has become the first in U.S. history to be confirmed by the Senate with a tie-breaking vote from the vice president.

Jonathan Kobes, a lawyer from Sioux Falls, South Dakota, was confirmed Tuesday to serve on the 8th Circuit Court of Appeals. Vice President Mike Pence cast the deciding vote after senators split 50-50 on his confirmation. Every Democratic senator voted against Kobes, as did Arizona Republican Sen. Jeff Flake, who has vowed to oppose all judicial nominees until Republicans agree to legislation protecting special counsel Robert Mueller from being fired.

Never before has a tiebreaker vote put a judicial nominee on a federal bench, according to the Cardozo Law Review. The closest prior instance came when Vice President George H.W. Bush broke a tie to oppose reconsidering a nominee who had already been confirmed by a 48-46 vote.

The American Bar Association in September gave Kobes a "not qualified" rating, saying he had shown "neither the requisite experience nor evidence of his ability to fulfill the scholarly writing required of a United States Circuit Court Judge."

The ABA said Kobes, 44, had not submitted enough writing samples to prove he had the professional caliber for the appointment. Most of his writing samples were from his early days as a lawyer or about "relatively simple criminal law matters," and none were "reflective of complex legal analysis," the ABA said.

"Mr. Kobes is a very accomplished, competent, and capable person, but his career path has not resulted in sufficient evidence of a developed ability to do the written work of a United States Circuit Court Judge," the association said.

Harris on whether she will take COVID vaccine

Liberal and civil rights groups also opposed his nomination, noting he represented anti-abortion health centers pro bono and sat on the board of a Christian foster care agency that discriminated against LGBT couples. Kobes said he was aware of the center's policy, but declined to say whether he supports it.

Kobes is a Harvard Law School graduate who has served has served as an aide and general counsel for Sen. Mike Rounds, a South Dakota Republican. He was previously counsel for an energy company and tech company in South Dakota. He will now have a lifetime appointment on an appellate court that oversees cases from Arkansas, the Dakotas, Iowa, Minnesota, Missouri and Nebraska.

Kobes is the sixth judicial nominee by President Trump to receive a "not qualified" ABA rating, and the fourth to be confirmed.