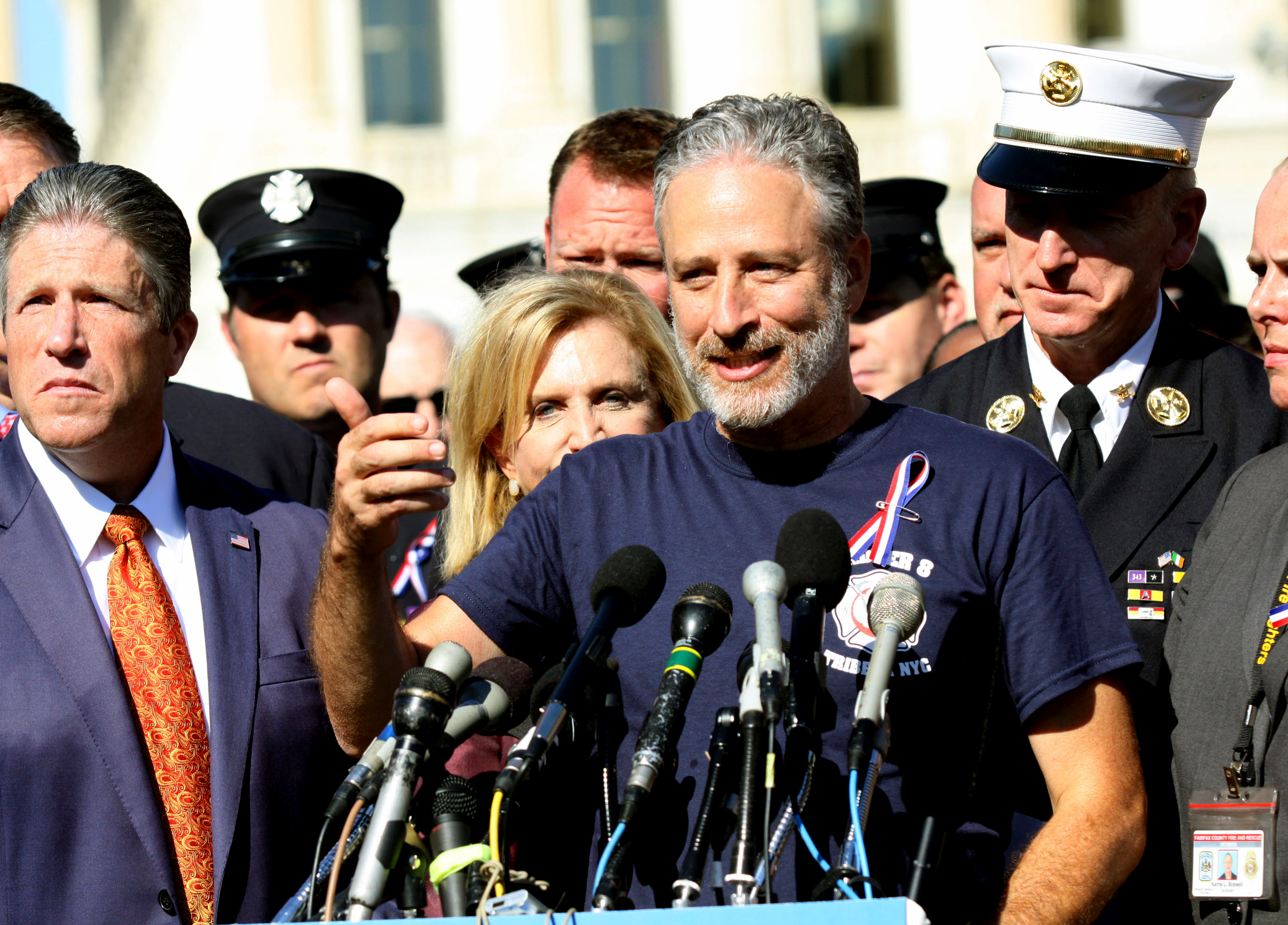 Comedian and recently departed "Daily Show" host Jon Stewart pushed Congress Wednesday to renew a bill compensating the first responders who exposed themselves to illness in their response to the September 11, 2001 terror attacks.

During a rally in front of the U.S. Capitol, flanked by law enforcement representatives and members of New York's congressional delegation, Stewart said he's "embarrassed" it's taken a public lobbying for Congress to "do what's right" and renew the James Zadroga 9/11 Health and Compensation Act.

"Nobody had to lobby you to rush to those towers on that day," recalled Stewart, who interviewed several first responders during his time at the Daily Show and has been active in 9/11 charities. "I was living in downtown Manhattan, and I can never repay the debt to the first responders who came down and brought stability and humanity, not just to lower Manhattan, but to all of New York City, and to the entire country. And so I am sorry, and I apologize, and hopefully we'll never have to do this again."

Stewart also offered a "warning" to the first responders as they prepared to trek the halls of Congress. "Today, on [Capitol] Hill, you will be exposed to possibly toxic levels of bulls**t and arrogance," he joked. "You're strong men and women, but these are conditions you may never have faced before. Buckle your seatbelts and let's get this done."

During a press conference with lawmakers who are supporting the bill's renewal, Stewart also offered a warning to the lawmakers who have declined meetings with the first responders.

"I'm not on television anymore but I sure as hell know a lot of people who are and at a certain point there are a lot of congressional doors that are closed because those individuals do not want to be shamed publicly," he said. "Well guess what: If you don't sign onto this type of thing, it has to be known. And your reasons for it have to be spoken out loud, and out in public, these men and women deserve nothing less."

During the rally, a reporter asked Stewart why the fund needs to be renewed immediately, since it won't expire for another month and victims can still "pull from it" for another year.

He responded, "If you have stage four cancer and you get a letter of notification saying that the medicine you rely on may be ending in a year, that, to me, is an urgent care situation."

"But again, I can't stress this enough, why is it incumbent upon our first responders to have to consistently push to get the benefits that are coming to them purely for their acts of valor in a wartime situation? This is insanity and we can drill down into the bureaucratic details of the expiration is a month from now and it's actually a five year bill. These illnesses that they have are not on five-year cycles. They're permanent illnesses, causing permanent damage."

The man who introduced Stewart, John Feal, was a construction worker who was injured several days after the attacks during the demolition of Ground Zero. He was even more impassioned than Stewart in expressing how he'll approach Congress.