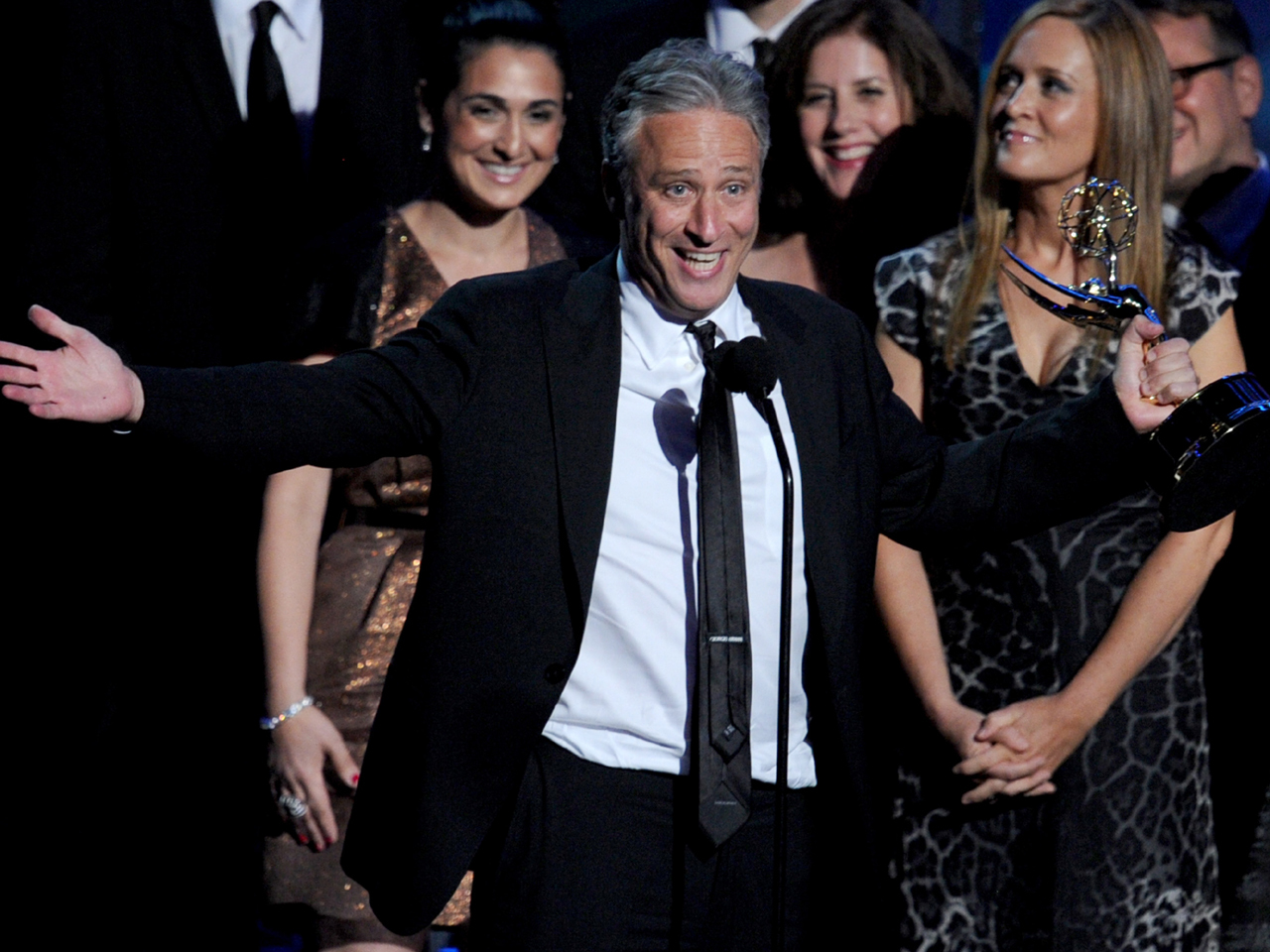 (CBS News) At any awards show, there's usually one person who drops the F-bomb. At Sunday's Emmy Awards ceremony, it was Jon Stewart.

The "Daily Show" host's expletive got caught by the censors, however, and was bleeped during his acceptance speech when he and his team won the award for outstanding variety series for the 10th year in a row.

Stewart, discussing the lasting value of his show, said, "Years from now, when the earth is just a burning husk and aliens visit, they'll find a box of these and they will know just how predictable these (expletive) things can be."

When his name was called as the winner, Stewart didn't have an easy time getting to the stage - fellow nominees Stephen Colbert and Jimmy Fallon tackled him as he made his way down the aisle.

Later in the show, Stewart was seen running to his seat and host Jimmy Kimmel (whose show "Jimmy Kimmel Live" also lost to the "Daily Show" in the variety series category) took the opportunity to make a joke at his expense.

"I want to point something out: Jon Stewart is not in his seat and minutes ago backstage I saw him throw his Emmy out - into the garbage," Kimmel said. "Something to remember for next year."