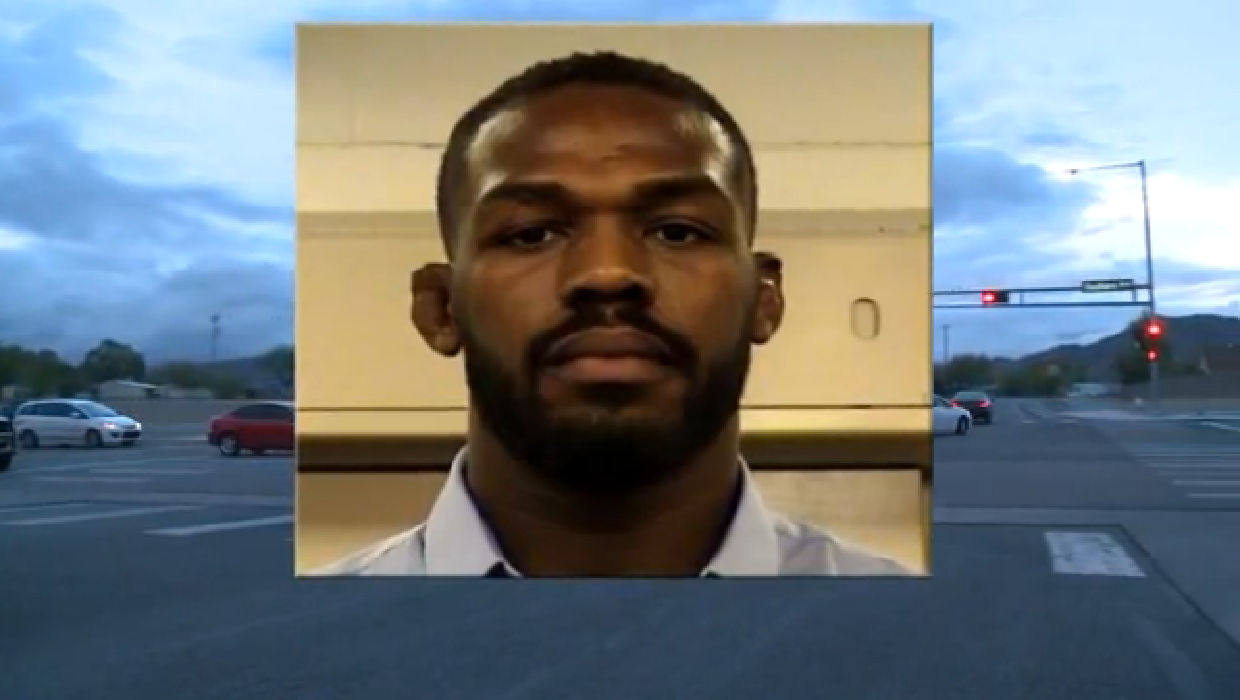 ALBUQUERQUE, N.M. - Jon "Bones" Jones has been stripped of his UFC light heavyweight title and suspended indefinitely following his arrest in connection with a hit-and-run crash in New Mexico that police say left a pregnant woman with a broken arm.

The UFC announced the extraordinary penalties Tuesday night for violations of its athlete code of conduct policy following Jones' latest arrest in a string of misbehavior.

"Got a lot of soul searching to do," Jones posted on his official Twitter account Tuesday. "Sorry to everyone I've let down."

"He's very disappointed. He's upset," White told Fox Sports, the UFC's official broadcast partner. "He wanted to go down as one of the greats, or the greatest ever. He's disappointed, but it is what it is. It was the decision we had to make."

Jones was scheduled to face No. 1 contender Anthony Johnson at UFC 187 in Las Vegas on May 23, headlining one of the promotion's biggest shows of the year.

Instead, No. 3 contender Daniel Cormier will face Johnson for the title. Cormier lost to Jones in January, several weeks after Jones tested positive for cocaine use.

Cormier was scheduled to fight on a card in New Orleans on June 6, but agreed to take his second straight title shot on 3 1/2 weeks' notice.

"For us to have to go in and strip him of his title and suspend (Jones), you know, it's not fun," White said. "But the show goes on. Anthony Johnson is ready for this fight, and Daniel Cormier was beyond pumped to get this opportunity."

Jones' talent and personality have made him one of the sport's most prominent figures and a staple of the UFC's major pay-per-view shows. He became the youngest champion in UFC history in March 2011, and he defended the 205-pound belt eight times.

Earlier Tuesday in Albuquerque, the 27-year-old Jones made his first court appearance with his lawyer in connection with the hit-and-run case, but left without speaking to reporters. He faces a felony charge of leaving the scene of an accident involving death or personal injuries.

Jones was released Monday on a $2,500 bond. A judge did not impose travel restrictions on Jones.

According to police, witnesses said that Jones ran from a crash Sunday that hospitalized the pregnant woman but quickly came back to grab "a large handful of cash" from the car. Authorities say the accident occurred just before noon in southeastern Albuquerque when Jones - who was driving a rented SUV - ran a red light.

Officers found a pipe with marijuana in the SUV as well as MMA and rental car documents in Jones' name, according to the police report.

Although Jones (21-1) reigns atop the sport after his lengthy run of dominant fighting, he has endured legal problems and questionable behavior during most of his championship reign.

Jones was arrested in 2012 after crashing his Bentley into a telephone pole in Binghamton, New York. He had his driver's license suspended after being charged with DWI, but did no jail time.

Last August, Jones and Cormier were involved in a brawl in the lobby of the MGM Grand casino in Las Vegas while appearing at a promotional event. Jones was fined $50,000 and ordered to do community service by the Nevada Athletic Commission.

In early December, Jones tested positive for metabolites of cocaine while training. Jones was allowed to compete because the test was conducted out of competition, and he beat Cormier at UFC 182.

When the failed drug test became public, Jones publicly apologized for a "mistake," but spent just one day in a drug rehabilitation center before checking himself out.

Jones is a native of upstate New York, but lives in New Mexico and works under prominent local trainer Greg Jackson. Jones has two brothers who play in the NFL.

Albuquerque is a hub for MMA fighters who train at Jackson's gym and use the city's high altitude to prepare for bouts.