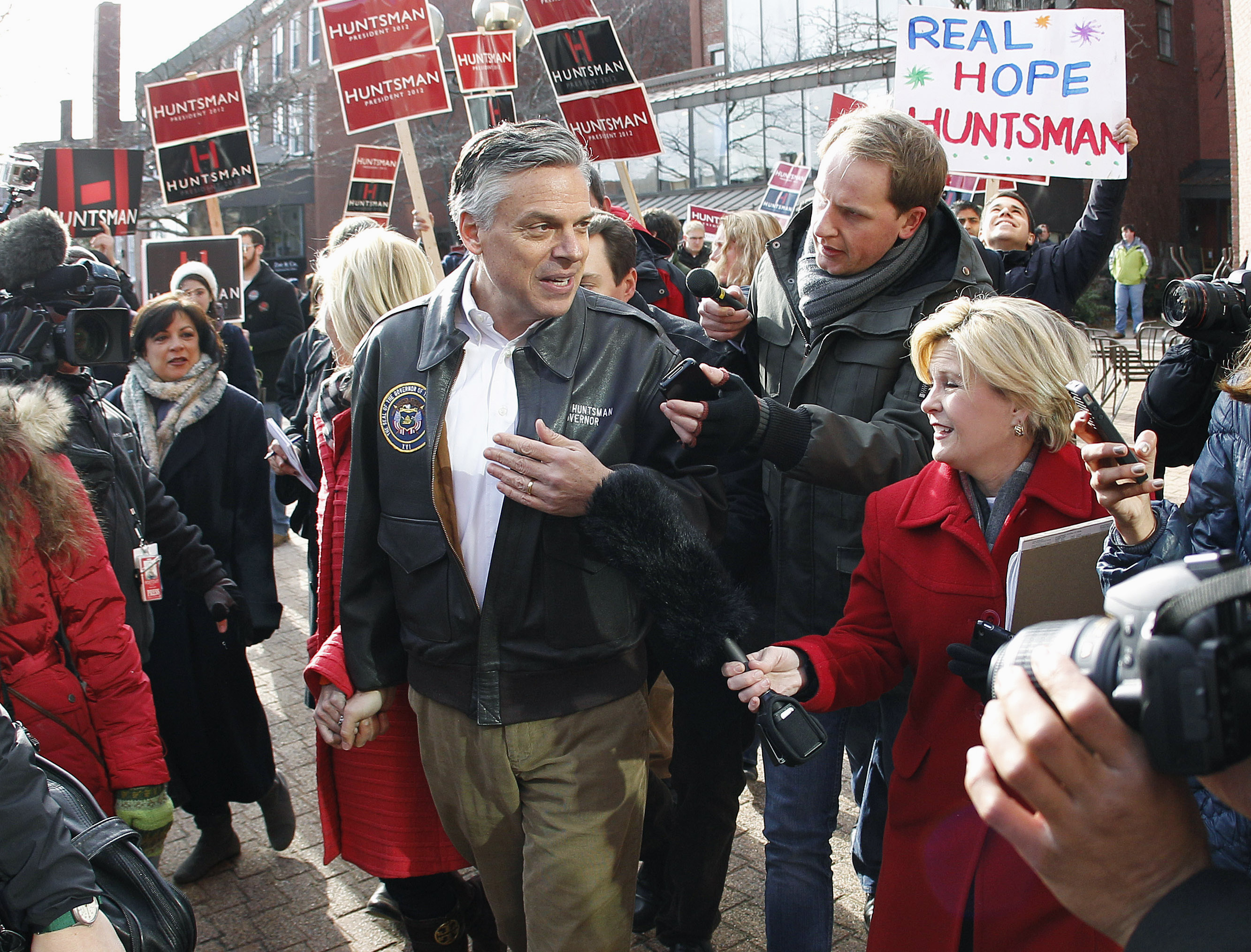 MANCHESTER, New Hampshire -- Republican presidential candidate Jon Huntsman bet his entire campaign on performing well in New Hampshire - and to a certain degree, it paid off.

The former Utah governor failed to win the nation's first primary - even after skipping the Iowa caucuses in favor of making more than 170 campaign stops in New Hampshire - but he managed to go from a blip in the polls to a relatively strong third place finish.

Huntsman saw a surge of momentum in the final days of his New Hampshire campaigning after finally finding a message that resonated with voters. He plans to take that message through South Carolina and Florida. But in a race where voters are seeking a conservative alternative to frontrunner Mitt Romney, some say it's doubtful his campaign has much longevity.

From his remarks Tuesday night, it was clear Huntsman had found his winning argument: "We had conversations about the importance of putting this country first, ladies and gentlemen," he said to New Hampshire voters. "Because the people of this great nation, the greatest nation that ever was, they are tired of being divided."

Putting "Country First" was the theme Huntsman adopted for one of his final New Hampshire ads, which featured footage from a Sunday debate. In that debate, Huntsman defended his service as U.S. ambassador to China under the Obama administration, arguing he put his country ahead of politics.

For weeks, in spite of his focus on New Hampshire, Huntsman had failed to catch fire.

"The man has the right ideas, but he's not catching on personality wise," Chris Clifton, a Romney supporter from Londonderry, said on Saturday. "I think he's saying the right thing, but he doesn't have the ability to turn people on to it. You have to be able to express your view so people get it. He doesn't get it, Romney does."

After the debate, voters seemed to have a different opinion.

"The Sunday debate was the first one I'd seen, and I was very impressed," said Bedford resident Erin Crowley, who stood outside of Crosby Bakery in Nashua on Monday, waiting for a chance to see Huntsman. "He had clear cut opinions, and he held his own. He seemed more direct and more focused on his goals than Mitt Romney."

On Monday, Huntsman's campaign events were overwhelmed by the press. As reporters crowded the candidate, Crowley stood at the back of the pack, her four-year-old daughter Hermione on her shoulders. "I want to see Jon!" Hermione lamented in a typical toddler whine.

Huntsman's surge could help him in the next primaries. Ana Navarro, a Huntsman volunteer, traveled from Miami to New Hampshire to support the campaign ahead of the primary. She said that over the weekend, she was interviewed by three Florida radio stations about the campaign.

"He's got a way to go in name ID, but there's been an increase in coverage in literally just the last 48 hours," she said Monday.

Huntsman, however, has a lot of ground to cover. In South Carolina, polls show him with 1 to 4 percent support, while in Florida, he similarly wins 1 to 3 percent support.

New Hampshire Republican strategist Pat Griffin said that Huntsman is simply too moderate for this election. "The problem for Jon Huntsman is the party is not looking for someone to the left of Mitt Romney," he said.

Mike Dennehy, another New Hampshire Republican strategist, said the former governor did himself no favors by betting his whole campaign on the Granite state. "His candidacy has already failed," he said. "He said from the start he was going to win New Hampshire."