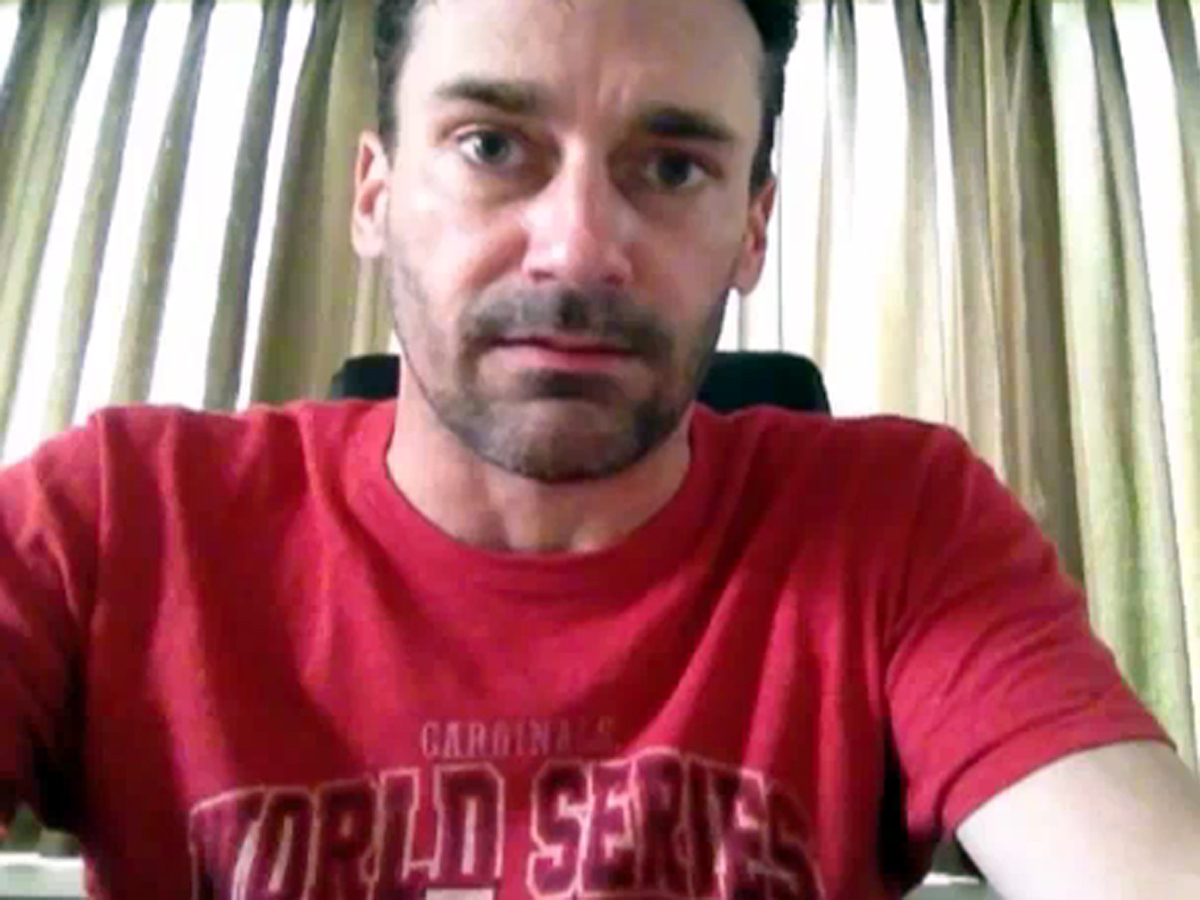 (CBS News) Honestly, the more I see of Jon Hamm outside of the role of Mad Men's Don Draper (where he absolutely shines), the more I think I would like to hang out with this guy. I mean, seriously, he is just so laid-back and cool. Take this video above for instance where Jon Hamm answers a series of really random questions from teen girls.  He does not disappoint.

The video entitled "Ask a Grown Man with Jon Hamm" was done for Rookie magazine and definitely covers a lot of odd, sometimes interesting topics in terms of the questions, but I have to give major props to Jon Hamm for giving rather sage advice in terms of his answers to all of them. Once again he proves himself to be one of the coolest guys right now in Hollywood both on and off the screen.