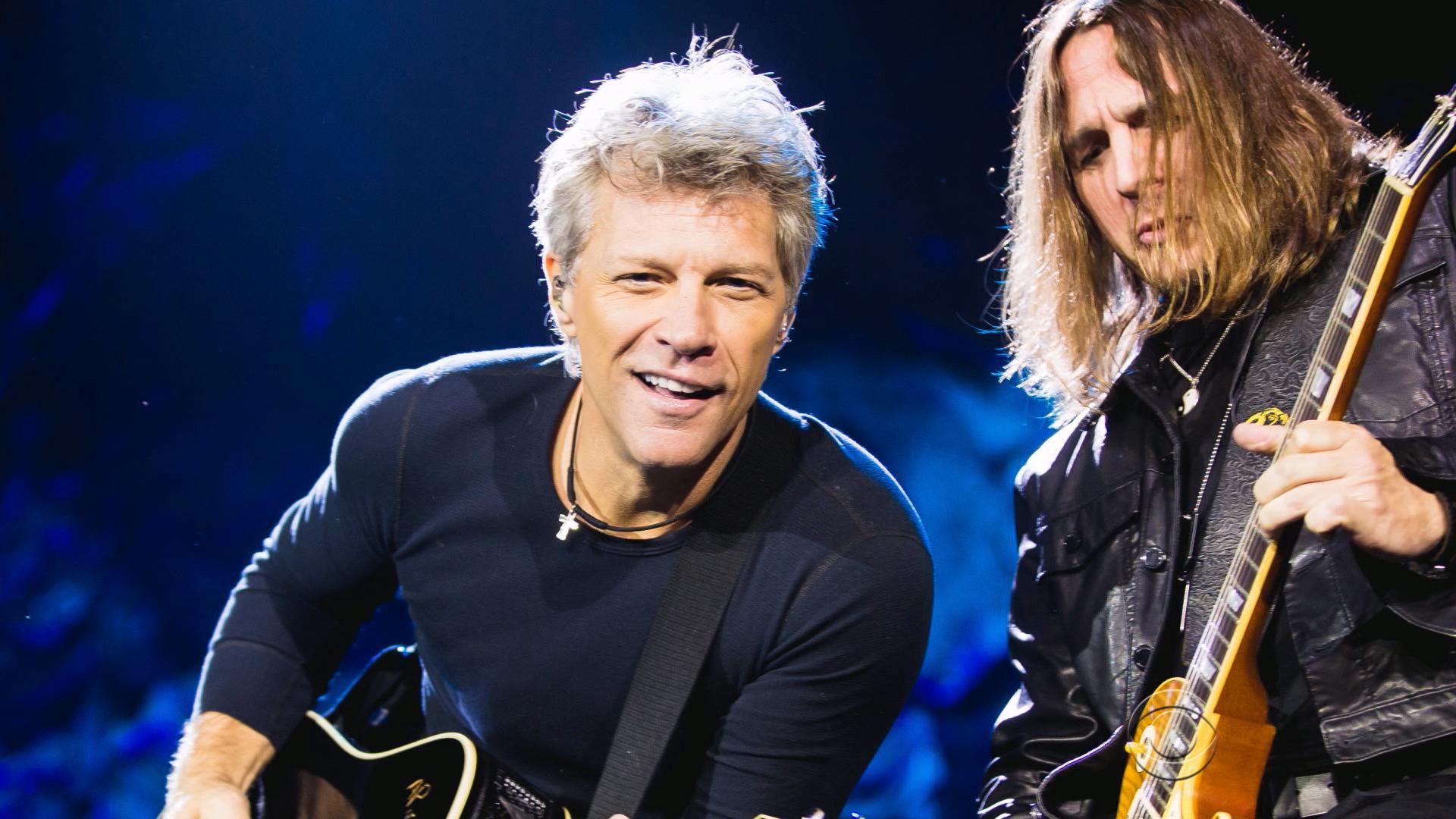 On Tuesday, he showed off his new project to help Jersey Shore neighbors in need.

Soul Kitchen is the brain child of Bon Jovi and his wife Dorothea. The restaurant allows diners to pay for their meal either by making a donation, or volunteering their time in the kitchen. One hour of work earns a three-course meal.

"When you come into this restaurant, there are no prices on our menu," Bon Jovi said. "So if you are in need, you participate. And that means bussing the table, washing a dish, working in our gardens. If you are here to just enjoy a meal, and effect change directly by buying a pay it forward card, you are paying for your meal and for someone else's that are here in the restaurant."

"People are coming in, they're choosing from a menu," Dorothea said. "They sit at a beautiful table, we sit people together communally. And everyone has the same experience regardless of how they got there."

When walking into the building, it's an instant sense of belonging, and wanting to dine.

"Well because it just looks like another restaurant. And you have to understand that those who are in need sometimes don't have that opportunity to go to a restaurant," Bon Jovi said. "That's a luxury."

Known more for his guitar skills than for his culinary skills, Bon Jovi can occasionally be seen working in the restaurant's kitchen.

But he tends to know a little more about washing dishes.

"I'm an expert in the field of washing dishes," he said.

"I'm not afraid of gettin' dirty. See, I'm in there. I'm all soaped up and beyond dirty in the kitchen," he said.

Although Bon Jovi has been focused on his charities, he hasn't abandoned his music. The 54-year-old rocker is releasing his 14th album later this year.

What excites him most about the music he's doing?

"Songwriting, it, to me, is the greatest thing that I'm able to do, much more than recording anything or ever performing," he said. "Performing is third on my list of things that I care to do."

Now, for this Bon Jovi, it won't just be his music that will bring people together.