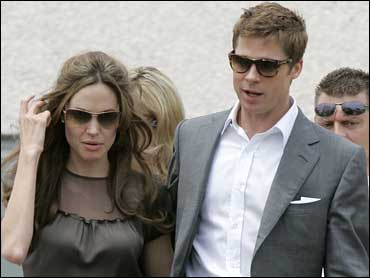 Jolie traveled to Vietnam in April to adopt the boy from a Ho Chi Minh City orphanage. The actress filed adoption papers as a single parent because she and partner Brad Pitt are not married.

Jolie, who turns 32 on June 4, and Pitt, 43, have four children: 5-year-old Maddox, who was adopted from Cambodia; 2-year-old Zahara from Ethiopia; Pax and daughter Shiloh, who turned 1 on May 27.
View CBS News In
CBS News App Open
Chrome Safari Continue
Be the first to know
Get browser notifications for breaking news, live events, and exclusive reporting.