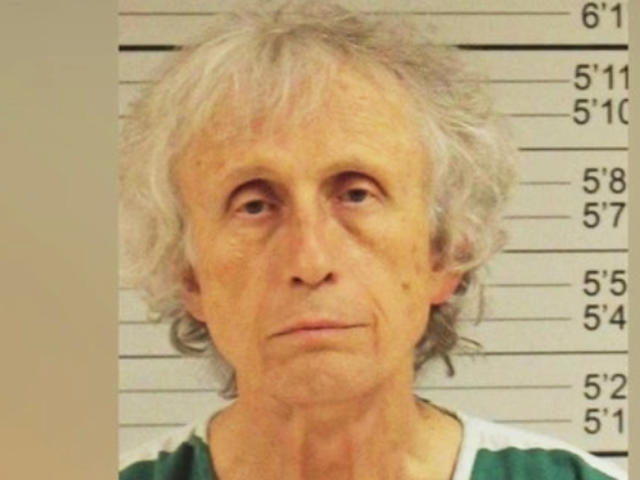 A pediatrician arrested in January on charges he molested a 12-year-old girl in his office was accused Monday of sexually abusing more than 25 other patients over the past several decades, in some instances as their unaware parents were in the same room.

His arrest at the beginning of the year set off a torrent of complaints from former patients as well as parents of patients, authorities said.

Police said he molested both girls and boys, though most of the alleged victims were girls. The charging documents said Barto used his bare fingers to digitally penetrate girls and fondle the genitals of boys.

The Johnstown Tribune-Democrat has reported that in 1998, Barto was accused of sexually molesting two girls during office visits. He was never charged criminally and denied the allegations. Two years later the Board of Medicine determined he could keep his license, ruling the allegations lacked evidence.

A woman confronted Barto in 2017 after the doctor made her wait outside the room while he examined her son's genitals, although the 12-year-old was only suffering from the flu, police said. The woman returned to see the doctor fondling her son, police said, so she "immediately confronted" Barto, who walked away without offering any explanation.

A girl of about 16 told her mother, herself a physician, that Barto had inappropriately touched her during an exam in 1997, police said. When the mother-physician confronted Barto in the presence of the office manager, he "promised he would never examine a female patient again," police wrote.

The attorney general's office filed 69 additional counts against Barto, whose license has been suspended since January.

He was already in jail when the new charges were announced, having been accused following his January arrest with also fondling two female relatives when they were girls.

The attorney general said Barto "violated every tenet of his oath as a doctor and as a decent human being - violating the trust of his victims, their parents and of the entire community."

"It takes victims, oftentimes, a long time to come to grips with what happened, for them to have confidence that someone will believe their truth and to come forward and share what happened. That's very normal and that's not something that victims should ever be criticized about," Shapiro said. No one should fear coming forward. Share that information with us," he said.

However, in a statement on the Laurel Pediatric Associates website, there was a message to parents, guardians and patients:

"Please know that, while this is a very difficult time for all of us, our first priority remains ensuring that your family continues to receive the very best care. We ask that you continue to reassure your children that our doctors and staff are here to take care of them whenever they need us."

Barto's bail was revoked in May. He's currently being held at the Cambria County Jail.

If convicted, Shapiro said, Barto could face life behind bars.

The investigation is ongoing and authorities believe there may be more victims.

The doctor was charged with involuntary deviate sexual intercourse involving the treatment of a girl, about age 12, in the mid-1990s. The girl had come in for treatment of an ear infection. She told investigators he fondled her and never examined her infected ear.

In at least two cases, police said, Barto's body blocked the mothers' view as he molested their daughters.

The mother of two alleged victims, a 10-year-old girl and her 11-year-old brother, complained to the family's regular pediatrician after Barto reached inside both children's underwear "and began feeling around each of their genitals," police wrote.

The family's regular pediatrician, who worked in the same practice as Barto, told the mother that Barto "has an 'odd bedside manner'and she believed he possibly suffers from Asperger's disease," police said in the arrest affidavit.