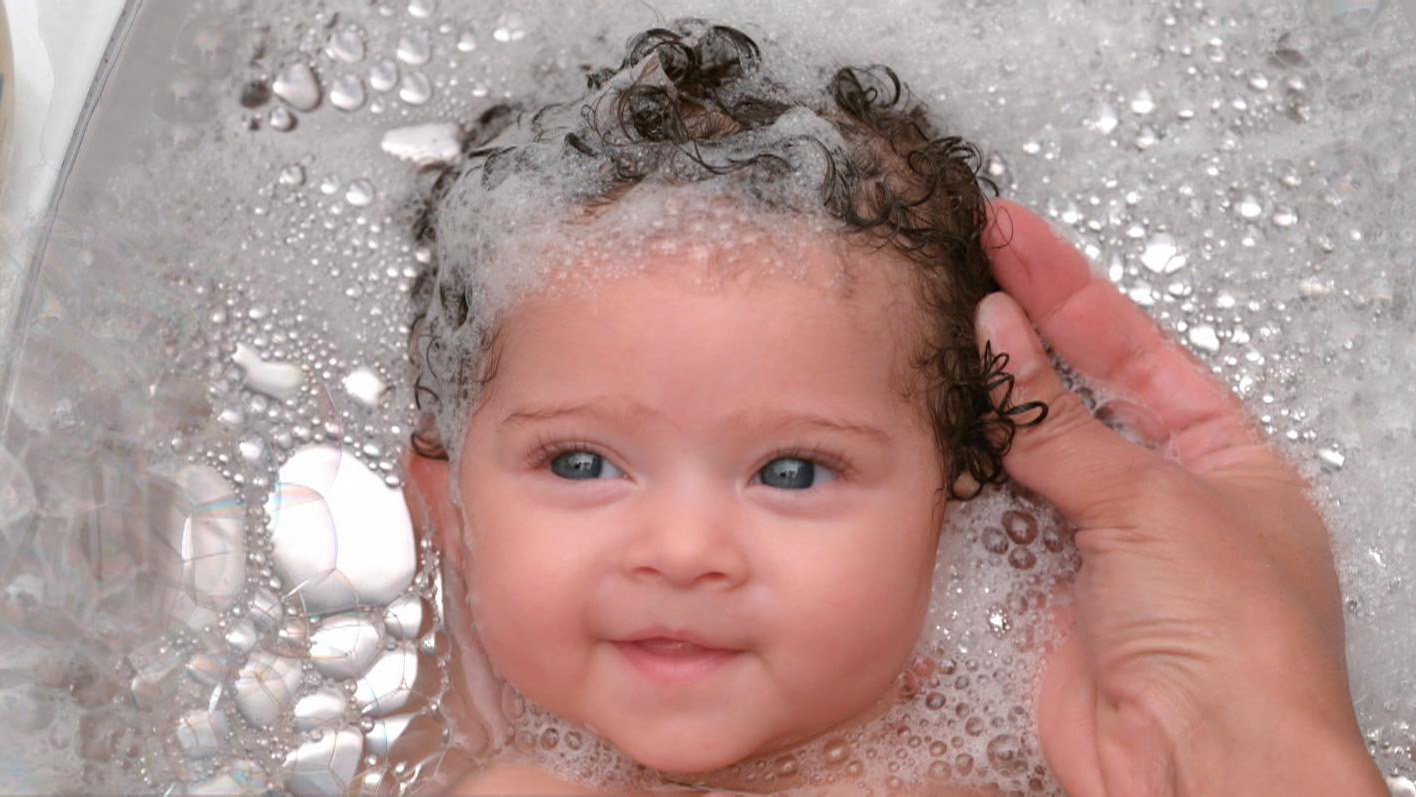 Marla Brock is used to people doting over her baby, Monterey, because she has has become the new face of Johnson's Baby Wash, reports "CBS This Morning" co-host Gayle King.

The first time Brock saw the commercial, she became emotional.

"I saw it late at night and everyone had gone to bed and there I was, you know, 10 o'clock at night and I just started crying," she said.

At just 3 months old, it's no surprise some of baby Monterey's cutest moments were unscripted, but Brock said she still did her best to get her to move in certain ways.

"There was an infant massage coach actually stand offset adjacent to me telling me how to rub her feet," she said. "There was moment in the commercial where the foot spreads and there's a certain pressure point that I touched to make that happen."

Kelly Gottfried helped lead the creative team for Johnson's "So Much More" campaign and called Monterey "captivating" and "mesmerizing."

"She draws you into the camera, and she looks up and everyone can relate to her and immediately connects," Gottfried said.

She said they've heard parents say it brought tears to their eyes.

"To me, it's definitely resonating to parents," she said.

"It was like no other audition I'd ever seen before," Brock said. "There were mothers everywhere. And they all had their tubs. We were instructed to bring our own plastic bathtub because we'd be washing the baby on camera."

"One look and we knew immediately we loved her," she said.

Two babies were chosen to represent each of the "So Much More" campaign's seven global markets. Monterey appears in nearly each one -- a broader appeal for America's changing face.

Brock said her husband is from Canada, and white.

"And he has blonde hair, blue eyes, so she certainly picked up some of his features," Brock said.

Monterey's ethnicity is not immediately apparent and Brock said perhaps when people look at her, they see themselves.

"I think there's something inherently beautiful about her because people can connect with her," she said.

Gottfried said there's been an increase in sales because the commercial resonates with its audience.

"Globally we have 167 million impressions of this commercial. This is actually in the top scoring of all the commercials that we have done," she said.

That's a big deal for a company that's been in the baby business for 122 years.

It would seem a sequel featuring Johnson's newest star would be a sure thing, but Brock said Monterey auditioned for their Mother's Day and Father's Day commercials but was not selected.

"We had to tell her this is the industry of rejection," she said.

Gottfried said she was not on that selection committee and didn't know Marley auditioned.

Now nine months old, Monterey's next big break could be a speaking role.

To hear Monterey's impression of "CBS This Morning" co-host Charlie Rose, watch the video in the player above.