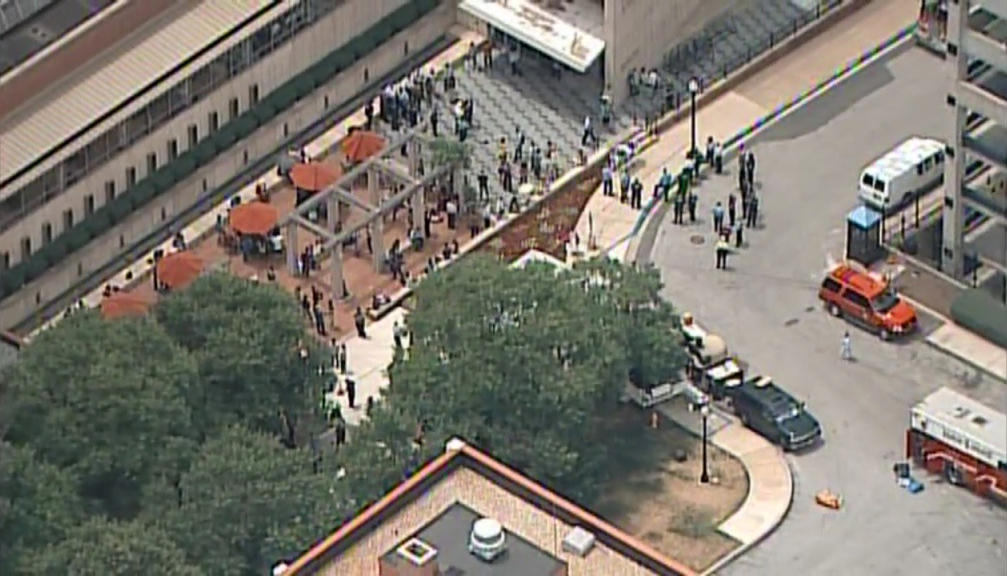 A "small sample of frozen tuberculosis" was inadvertently released in an internal bridge between two research buildings at Johns Hopkins Medicine in Baltimore, the hospital said Thursday. The buildings are in a non-patient area and do not connect to the hospital, and officials said there was no threat of illness.

In a press conference, Landon King, Executive Vice Dean for JHU School of Medicine, said that "out of an abundance of caution" both research buildings were evacuated earlier in the day by the fire department. Public safety officials and infectious disease experts have since cleared the buildings and the evacuation has been lifted.

"We have determined that there is actually no risk, meaning zero risk to anyone involved," King said. No additional testing for people that were in these buildings or in the general area is needed, he said.

Tuberculosis, also known as TB, is caused by bacteria that can be spread through the air when an infected person speaks or coughs. It typically attacks the lungs, though it can damage other vital organs, as well.

According to the Centers for Disease Control and Prevention, in 2016, 10.4 million people around the world became sick with TB and 1.7 million people died from the disease.

In recent years, incidence of tuberculosis has been declining in the U.S., with a total of 9,272 cases in 2016.

According to the CDC, symptoms of TB are:

Other symptoms can include weakness or fatigue, weight loss, chills, fever, loss of appetite, and sweating at night.

TB can be either latent or active. With latent TB, a person has a tuberculosis infection but the bacteria remain in an inactive state in the body and cause no symptoms. In this instance, the disease isn't contagious. Active TB makes a person sick and is contagious. Latent TB can turn into Active TB so it is important for a person with Latent TB to get treatment to help prevent spread.

TB is preventable and curable. Medications are available to treat tuberculosis, but it takes much longer than most other types of bacterial infections. People with TB need to take antibiotics for at least six to nine months.

In recent years, doctors have seen a growing number of TB cases resistant to the drugs typically used to treat the disease. In these cases, a combination of drugs may be needed for an even longer period of time for about 20 to 30 months, according to the Mayo Clinic.

Untreated TB can lead to a number of complications, including joint damage, liver or kidney problems, heart disorders, meningitis, and ultimately death.

The earlier treatment is started, the less chance of complications.