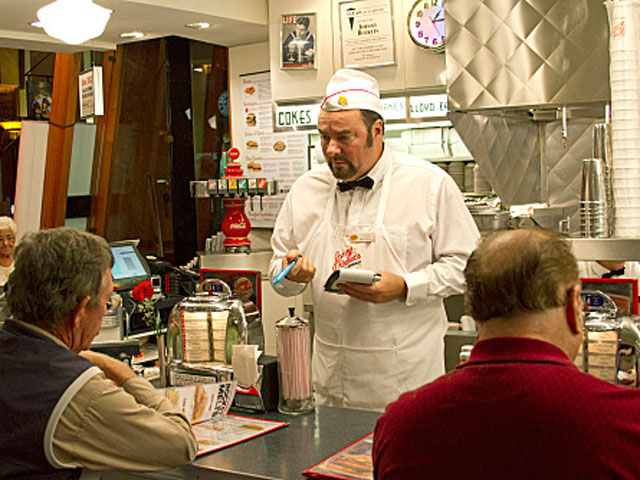 NEW YORK (CBS) Johnny Rockets President and CEO John Fuller went undercover in one of the franchise's restaurants on "Undercover Boss," but he didn't stay undercover for long.

Fuller was spotted by the in-laws of the franchise owner at the New York City restaurant he was working at on Sunday night's show.

He remembered meeting them a few months ago, and they recall it too. But he talks to them privately and it appears he won't be exposed.

His undercover status safe, Fuller struggles to learn to flip burgers and serve customers. He also helped out the employees he met, giving one an all-expenses-paid trip to the Grand Canyon and $2,000 for her children's college funds, another had her rent paid for a year, and a third will get a dish he invented test-marketed at the restaurants.

Did you watch last night's "Undercover Boss"? What did you think? Share your thoughts in the comments.