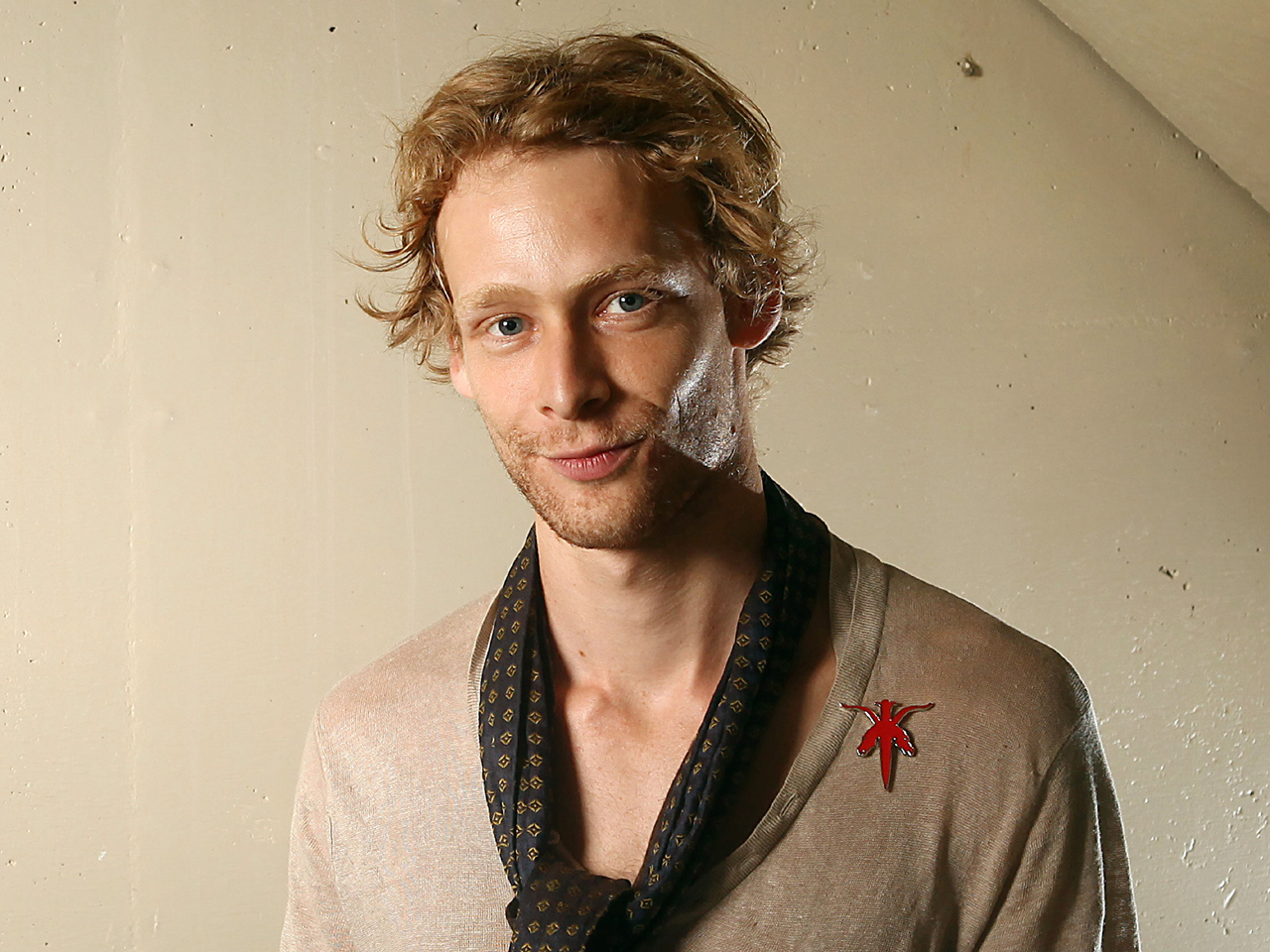 (CBS/AP) Probation officials openly worried about actor Johnny Lewis' mental health and his danger to others in recent months, and this week their worst fears came true.

The man who died a violent death on "Sons of Anarchy" three years ago apparently beat and strangled his landlady and attacked neighbors before falling or leaping to his own death in neighborhood near Hollywood on Wednesday afternoon.

They were the final violent acts of a man who in the previous 10 months had been repeatedly arrested, sent to counseling and had left jail only five days before his demise.

Court records and his attorney detailed attempts to help Lewis but not in time to help 81-year-old Catherine Davis, who neighbors reported screaming inside a home near the outskirts of Los Angeles' Griffith Park. The home had been ransacked, glass was shattered and a dead cat was also found inside, and Lewis' body was found in the driveway.

The deaths came four months after a probation officer expressed grave concerns about Lewis' mental health, writing that he was "very concerned for the well-being of not only the community but that of the defendant."

Court records detail Lewis' descent from January 2012, when he attacked two men and hit them in the head with a bottle, through August, when he acted as his own attorney and pleaded no contest to felony assault.

By that point he had been arrested three times for incidents ranging from trying to break into an occupied home in Santa Monica, Calif., to resisting arrest. He had been sent to treatment programs that specialized in drug and alcohol addiction as well as mental illness.

A May 17 probation report states that "the defendant suffers from some form of chemical dependency, mental health issue and a lack of permanent housing. Given this, (Lewis) will continue to be a threat to any community he may reside."

Another probation officer had written two months earlier, "Obviously defendant's behavior is out of control and needs counseling afforded by a professional."

Lewis remained on supervised probation at the time of his death. Lewis' attorney Jonathan Mandel said the actor had serious mental issues that seemed to surface fairly recently. He said Lewis' parents and others had tried desperately to help him.

"Johnny Lewis had a lot of problems, a lot of mental problems," Mandel said by phone Thursday. "I recommended treatment for him but he declined it."

He continued, saying: "I give a lot of credit to his parents. They were really strong in trying to help him out. They really went to bat for him, but I guess they just couldn't do enough."

Lewis' career spanned more than a decade, mainly in small roles. He played Ricky in the 2007 movie "AVPR: Aliens vs Predator - Requiem" and was Dennis "Chili" Childress for two seasons on TV's "The O.C." He also appeared in episodes of such popular television shows as "Boston Public," "Judging Amy," "Malcolm in the Middle" and "Drake & Josh."

Kurt Sutter, the show's creator and executive producer, tweeted news of Lewis' death Thursday: "It was a tragic end for an extremely talented guy, who unfortunately had lost his way," Sutter wrote. "I wish I could say that I was shocked by the events last night, but I was not. I am deeply sorry that an innocent life had to be thrown into his destructive path."

Actress Nikki Reed appeared alongside Lewis on "The O.C." in 2006.

"It's horrible and shocking news," she told E! News. "He was the nicest guy."

Lewis dated Katy Perry from 2005-2006. A source close to the singer told Us Weekly that Perry is "devastated" about his death. The insider said, "She had to separate from him...to get ahead and focus on her career."