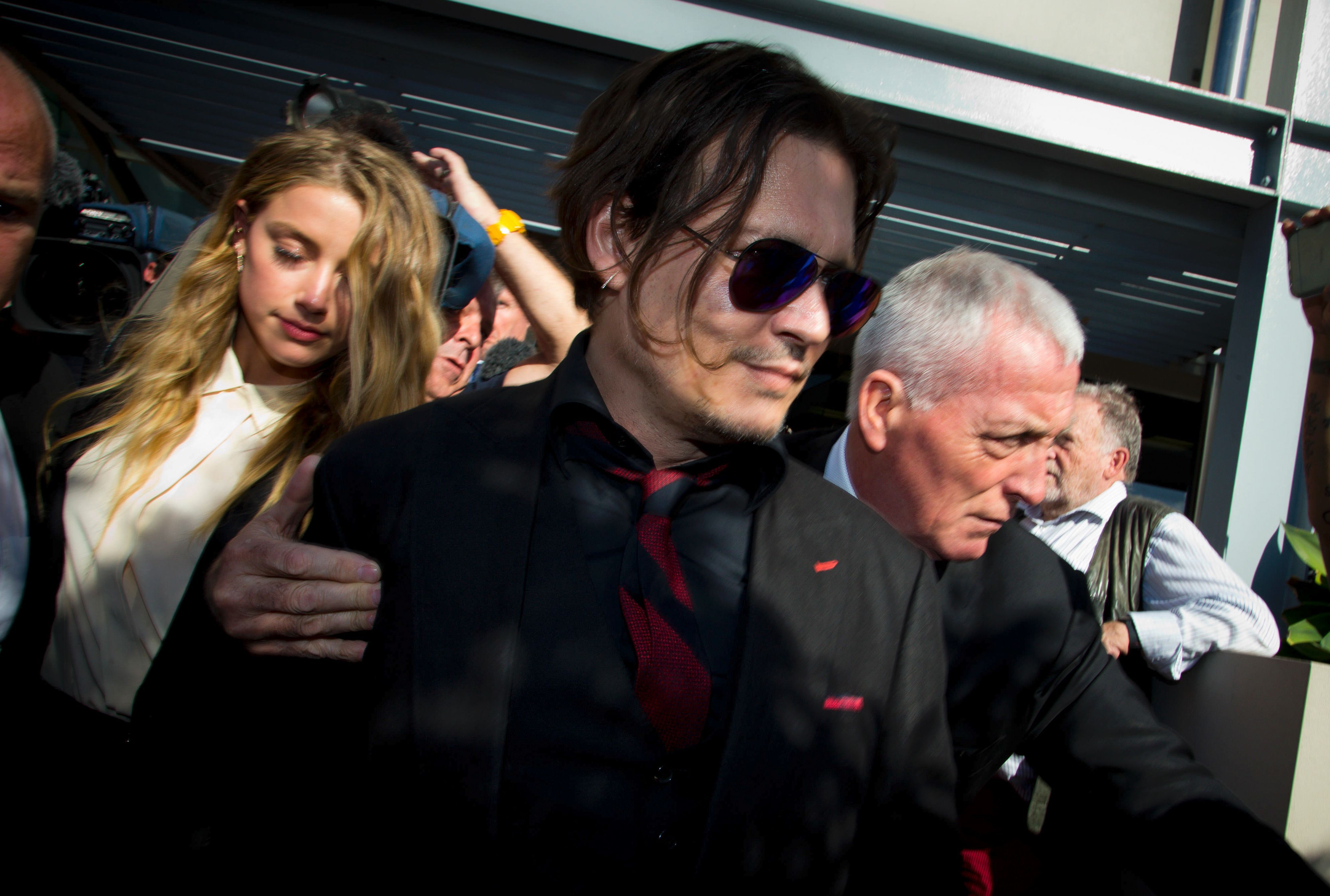 His latest movie, "Alice Through the Looking Glass," hits theaters Friday, but Johnny Depp probably doesn't feel much like celebrating this week.

Word broke late Wednesday that his wife, Amber Heard, had filed for divorce, citing Sunday as the official day of separation. That's just two days after Depp's mother has passed away as well.

Betty Sue Palmer died last Friday after a long illness. She was 81.

Depp had a close relationship with his mother. The 52-year-old actor has a tattoo of her name, "Betty Sue," inside a heart on his left upper arm that he reportedly got in the late '80s, and in 1995, he purchased a 43-acre Kentucky farm for his mother, spending nearly $1 million.

The "Pirates of the Caribbean" star talked to Rolling Stone about Palmer's tough upbringing during a 2013 interview:

"My mother was raised in a shack, in the wilds of Appalachia, where the toilet was an outhouse," he said. "She used to say she did the same things that her mom did -- and her mom certainly didn't know any better. With my kids, they're told 75 times a day that they're loved. One thing I know is they feel loved and secure and happy and needed and necessary and a part of something."

Depp at least has been putting on a brave face. On Monday, he appeared on "Jimmy Kimmel Live" to surprise Pink and promote his new film despite dealing with both Palmer's death and Heard's divorce filing.

Speaking of, Depp has made it clear in a filing Wednesday that he would rather not pay Heard spousal support as part of their divorce. He is also requesting that Heard pay her own attorney fees.