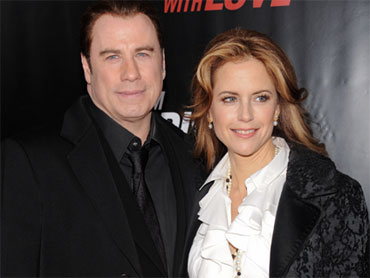 This event comes a little more than a year after Travolta and his wife, actress Kelly Preston, lost their son, Jett, who died after suffering from a seizure while vacationing with them in the Bahamas.

In a statement released to the Bangor Daily News, city officials said, "An airport service pickup truck was approaching the airplane to service the airplane and did not see the dogs. Unfortunately, the dogs were struck and killed. The airport is investigating the accident. Out of respect for the family's privacy the city will make no further comment."

The "Saturday Night Fever" and "Pulp Fiction" star is a licensed pilot and owns a home in Islesboro, a small coastal town in Maine. It was unclear who was on the plane or if Travolta was in the cockpit.

The Airport director Rebecca Hupp told the newspaper: "Clearly, this is an unfortunate accident. Our deepest sympathies are with the family."