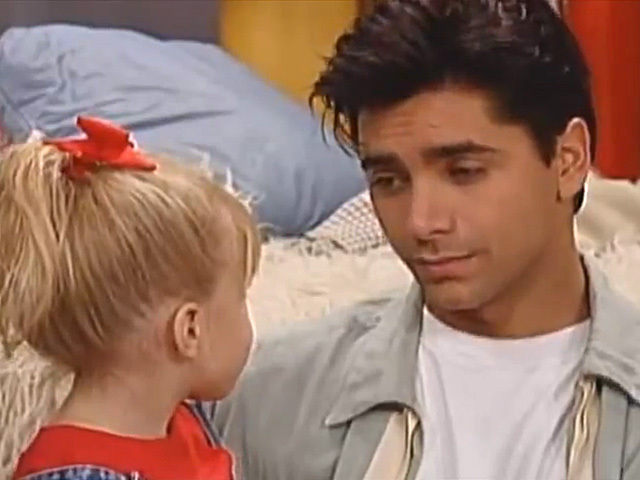 John Stamos gave "Full House" fans a reminder of how cute Mary-Kate and Ashley Olsen were when they portrayed Michelle Tanner on the beloved series.

On Throwback Thursday, the 52-year-old actor shared a home video from 1989 of him playing with the twins. One of the Olsens adorably attempts to say his name while the other just sticks her tongue out at Stamos.

This is the second throwback he's shared of Mary-Kate and Ashley. Two weeks ago, Stamos posted another video from August 1989 that shows the twins sweetly hugging their Uncle Jessie.

Just last week, Stamos said he was hellbent on getting the twins to agree to a cameo on the Netflix reboot, "Fuller House," which was renewed for a second season. "I was going to see Ashley last night and beg her to be on the show," he said on "Today." "We would love to have them. I know everyone would love to see them."

In another interview, Stamos also revealed that the creators asked the twins' younger sister, Elizabeth Olsen, if she would take on the role of Michelle. "We actually went to...I don't think this has been talked about. I didn't do it, I think [executive producer] Jeff Franklin did. I said, 'Call the sister. Ask her,'" Stamos told Andy Cohen on his Sirius XM show, "Radio Andy." "We talked to her agent and her agent was like, 'Come on, she's not going to do that.' But we did call her agent."