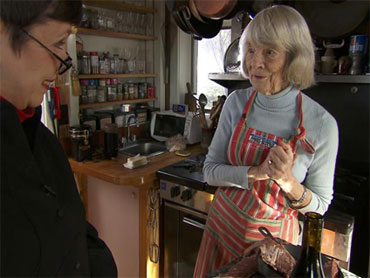 He lived his life both on the public stage, as an actor, but also in private as a husband, father, and friend, and it was in those more important roles that John Ritter was remembered Monday at a private funeral service held in Los Angeles by his family.

Ritter, who would have turned 55 this week, died suddenly last Thursday as a result of a heart defect of which he was unaware.

Ritter's publicist, Lisa Kasteler, declined to release any details of the funeral service but said that a public memorial is being planned.

Tributes to the actor - known for his comedy, but with strong credits as well in drama and as a producer - continue on the Hollywood Walk of Fame, where fans have been leaving flowers and memorabilia and lighting candles in his memory.

Memorials also continue on television, the medium in which his work lives on. Nick at Nite held a marathon Monday of "Three's Company," the sitcom which was his big break in show business. (Nickelodeon and CBS are both owned by Viacom.)

ABC also plans a tribute, "A Life of Laughter: Remembering John Ritter," an hour-long program to be anchored by Diane Sawyer, scheduled to be aired Tuesday night.

Those scheduled to be part of the program include Suzanne Somers and Joyce DeWitt, who costarred with Ritter in the 1977-84 sitcom "Three's Company," and Katey Sagal, his co-star on the ABC sitcom "8 Simple Rules for Dating My Teenage Daughter."

Ritter was on the set of that show when he fell ill and was taken to the hospital.

ABC has not decided what to do about the future of the show, which was to start its second season Sept. 23 and was seen as a key part of the network's effort to rebound in the ratings.